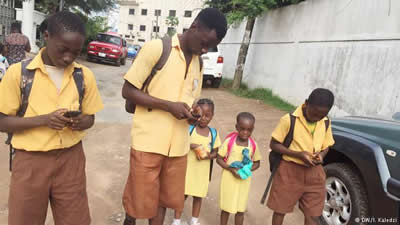 Professor Kwasi Opoku-Amankwa, Director General of the Ghana Education Service (GES) has called on parents to help to bring up their wards to become responsible citizens.

He gave the advice in Accra on Monday during a News conference on GES preparation towards the implementation of the Double-Track/Semester System as well as update of the public on 2018 placement.

Professor Opoku-Amankwa, answering to a question on the effects of the break/vacation on the Senior High School Students with the introduction of the Double-Track System, said, parents should engage their wards when they went home on vacation.

He said they should also provide the needs of their wards specified on their prospectus to enable them to study under sound conditions as government had borne the greater part of their burden, he stated.

“If government’s one off payments items such as school uniforms, church cloth, Physical Education (PE) kits, exercise books get missing, destroyed or students outgrow their uniforms, parents should replace but should not allow that to affect the students,” he said.

He cautioned Heads of Schools to avoid charging unapproved fees and not do anything that would disadvantage the children from going to school.

“Under no circumstances should students be deprived of any school activity because their parents failed to pay their Parents Teachers’ Association (PTA) levy,” he warned.

Giving the background to the Double-track system, Professor Opoku-Amankwa said, it was to enrol more students and reduce congestion and people had been contracted to fumigate all public schools against bedbugs.

“The more sought for schools (400) will run the double-track whilst the others (296) will continue with the single.”

He stated that in order not to overburden teachers, a supplementary of 8,872 teachers would be needed to run the new system.

The Director General has asked those who had challenges with their placement form online to go back as the problems had been rectified, adding that the E-vouchers had been given unlimited usage unlike at first when they could be used only three times.