More than 96% of electrical products are fake – GSA

September 4, 2018 General News Comments Off on More than 96% of electrical products are fake – GSA 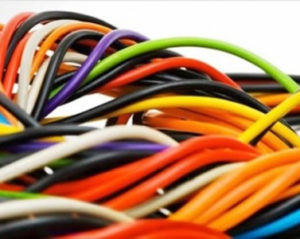 A Market Surveillance conducted by the Ghana Standard Authority (GSA) has revealed that 96 per cent of electrical products sold at the Opera Square and Zongo lane, in Accra were counterfeit and failed to meet standards.

The Surveillance discovered that, out of the 204 electrical products sampled for laboratory testing, more than 92 per cent of them failed to meet the GSA L.I. 1541 labelling requirements, adding that, all extension boards failed the critical parameters test and general labelling requirements.

The Surveillance also revealed that more than 94 per cent of footwear sampled failed to conform to standards.

Professor Alex Doodo, the Director General of the GSA announced this at a press briefing in Accra, on the seizure of fake electrical products and foot wears.

Prof Doodo said out of all 127 footwear sampled for laboratory testing, more than 94 per cent failed to conform to standards, posing a serious threat to consumers.

He described the situation as crisis, adding that the Authority would continue to embark on the periodic surveillance to rid the market of such products.

According to Prof Doodo, the Surveillance was part of the Authority’s improved effort to check the proliferation of fake and substandard products onto the market.

He explained that the move was critical due to the increased importation of counterfeit products onto the local market, saying, the country was losing millions of cedis due to the sale of such products.

Prof Dodoo assured the public that the Authority would continue to roll-out measures to clear the system of such fake products, because it was necessary to secure the health and lives of Ghanaians and protect them from such products.

The Professor stated that GSA had put in place a testing laboratory as part of measures to effectively tackle the concern of fake and sub-standard electrical products, in the country.

He expressed worry about the increasing rate of fake products in the country, saying, “It was alarming that most of these imported electrical products were of poor quality”.

He said most of these products are often smuggled in the country through unapproved routes, stressing that the Authority continue to collaborate with the appropriate authorities to ensure strict adherence to international law.

Dr Akwasi Acheampong, the Board Chairman of GSA, said government was keen on improving domestic trade and would ensure all products in the market meet the right specification.

He encouraged the public to purchase their electrical cables from GSA certified companies, and as well conduct effective background checks before procuring any electrical products.