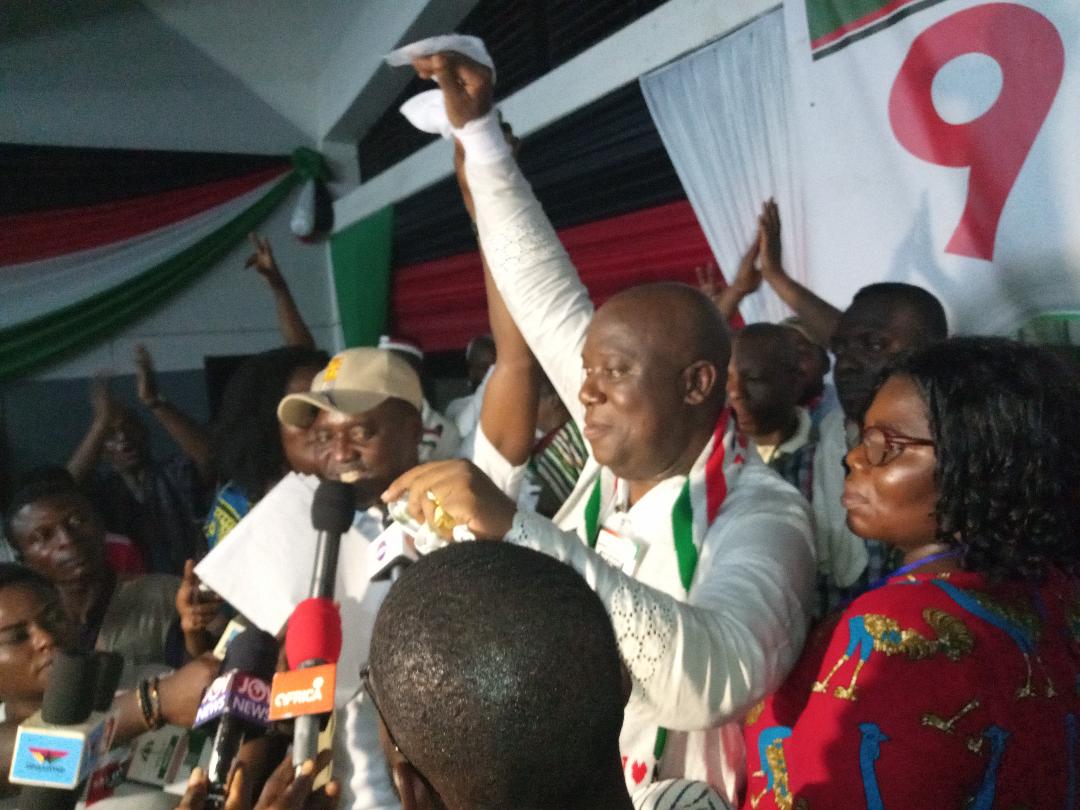 The other two losing candidates in the Chairmanship race Nii Emmanuel Ashie-Moore had 283 denoting 28.05 per cent and Alhaji Yahaya Kundow had 113 representing 11.10 per cent.

An elated Ade Coker in his victory speech urged the rank and file of the Party in the Region to bury their differences, close their ranks and work towards victory in election 2020.

He noted that his victory was for all members of the Party.

For the two Vice Chairmen positions, Mr William Vinyo and Mr Ibrahim Jajah were elected with 399 and 345 respectively.

The defeated candidates in the Communications Officer slot and the number of votes they had were Mr Gabby Asumin 64,

Mr Ismaila Horoya won the Zongo Caucus Coordinator position with 556 votes, whereas his opponent had 446 votes.

Alhaji Sidii Abubakar Musah, NDC National Youth Organiser, who swore-in the new Regional Officers, tasked them to work as team towards victory for the Party in election 2020.