September 3, 2018 General News Comments Off on Ghana and China celebrate Treaty of Friendship 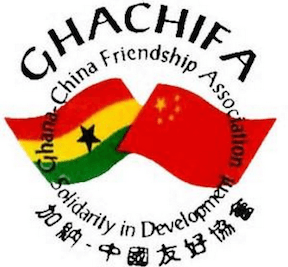 “On July 5, 1960, Ghana’s great statesman and founding President, Dr Kwame Nkrumah, made the decision to establish diplomatic ties with China despite huge pressure from western countries, which opened a new chapter in Ghana-China relations.

“On August 18, 1961, President Nkrumah signed the Treaty of Friendship between Ghana and China together with Chinese Premier Zhou in China to lay a solid foundation for the development of our bilateral relations,”

Mr Shi Ting Wang, the Chinese Ambassador, said during the Anniversary in Accra.

He said over the past 57 years, Ghana and China had enjoyed political trust, inspiring economic and commercial cooperation, and people to people exchanges.

Mr Shi said today, China was the largest trading partner of Ghana as the volume of trade between the two had soared from less than $100 million in 2000 to nearly $6.6 billion in 2017.

The Chinese Ambassador noted that China had implemented and continued to implement several aid projects in Ghana including the construction of 1,000 boreholes benefiting more than 300,000 people at the grassroots, and medical services, which helped about 1,000 Ghanaians free of any charge.

Besides more than 6,500 young Ghanaian students are studying in China, “they are the unofficial ambassadors of friendship between the two countries,” he said.

Mr Shi described the China-Africa Cooperation (FOCAC) of the Beijing Summit as a significant development and a new milestone.

He said the summit sought to combine the joint construction of the Belt and Road Initiative between China and Africa, the 2030 Agenda for Sustainable Development of the United Nations and the Agenda 2063 of the African Union.

The summit would also be used to launch new strategies and measures to strengthen all-round cooperation between China and Africa.

promote the building of a closer community with a shared future.

“As the Chinese Ambassador to Ghana, I will work closely with my Ghanaian friends to make unremitting efforts for the continued development of China-Ghana cooperation and friendship,” he said.

Mr Kojo Amoo-Gottfried, the GHACHIFA President, said the Chinese had been in Ghana since independence and had contributed immensely towards her development.

He said in a bid to strengthen the relationship, GHACHIFA, in October, would roll out activities to mark the year-long celebration of the founding of the Association.

The commemoration was attended by high ranking officials including Members of Parliament, the Business Community, and cross section of the public.