Coca Cola to buy global coffee brand Costa for $5.1b

September 1, 2018 Africa/International Comments Off on Coca Cola to buy global coffee brand Costa for $5.1b 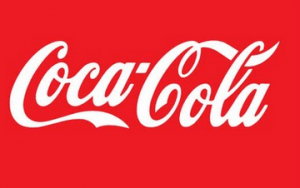 The Coca Cola Company today announced it has reached a definitive agreement to acquire Costa Limited, a press release copied to ghanabusinessnews.com has said.

Coca Cola says the acquisition of Costa from parent company Whitbread PLC for $5.1 billion will give it a strong coffee platform across parts of Europe, Asia Pacific, the Middle East and Africa, with the opportunity for additional expansion.

Costa which was founded in London in 1971 and became a major coffee brand around the world has operations including a leading brand, nearly 4,000 retail outlets with baristas, a coffee vending operation, for-home coffee formats and Costa’s state-of-the-art roaster, the release said.

“Hot beverages is one of the few segments of the total beverage landscape where Coca-Cola does not have a global brand. Costa gives us access to this market with a strong coffee platform,” he added.

By acquiring Costa, Coca Cola adds a scalable coffee platform to its brands as Costa ranks as the leading coffee company in the United Kingdom and has a growing footprint in China, among other markets.

“Costa has a solid presence with Costa Express, which offers barista-quality coffee in a variety of on-the-go locations, including gas stations, movie theaters and travel hubs. Costa, in various formats, has the potential for further expansion with customers across the Coca Cola system,” the release noted.

“The Costa team and I are extremely excited to be joining The Coca Cola Company,” said Dominic Paul, the Managing Director of Costa.