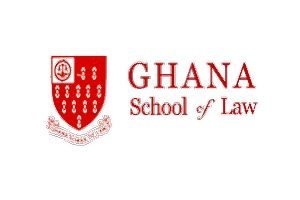 Professor Nii Ashie Kotey, a Justice of the Supreme Court nominee, has expressed concern about the country’s legal education system, which, he said, is at a crossroads and needs urgent reforms.

He said if care was not taken, the current system would unleash on the people of Ghana lawyers who did not know any law, and who would become walking dangers to the society.

Prof. Ashie Kotey expressed the concern when he appeared before the Appointments Committee of Parliament to be vetted for the position of Justice of the Supreme Court.

He is among four justices nominated by President Nana Addo Dankwa Akufo-Addo for the position of Justice of the Supreme Court.

The President, on July 3, wrote to Parliament to announce their nominations for the House to be able to vet them.

During the vetting, Prof. Ashie Kotey stated that the issues that confronted the legal education system were serious and must not be taken lightly.

He said the legal education system required reforms including the accreditation of law faculties.

“If it means disaccrediting all the law faculties, including Legon, for the schools to re-apply through a rigorous system the better it would be for the country,” he said.

“The problem confronting the sector is very serious and let us not joke with it,” he added.

Prof. Ashie Kotey further called for the review of the courts’ jurisdictions to reduce unnecessary workload and induce effectiveness.

He explained that the Supreme Court had a very extensive jurisdiction for the enforcement and interpretation of the Constitution and stressed the need to carefully examine whether the jurisdiction was too extensive and find ways to work on that.

“As I understand it, the court is quite overworked, the delays are quite long,” he said.

Prof. Ashie Kotey said though the Supreme Court had decided that all constitutional matters be referred to it, it would be prudent if specific cases, which could be handled by the high and appeal courts, were sorted out and referred to them accordingly.