August 24, 2018 Politics Comments Off on We need to get our supporters back to the stadium – Kotoko CEO 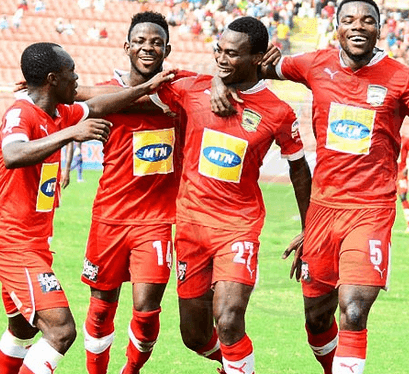 Mr. George Amoako, Chief Executive Officer (CEO) of  Kumasi Asante Kotoko has said, the club as part of its restructuring, would devise a tactical plan, that would pull supporters  back to the stadium.

He said, pulling the supporters back to the stadium, was one of the surest ways to restore the glory of the club.

Mr. Amoako told the GNA Sports in an interview that, though the club was confronted with many challenges, time was due to wake up for business and not dwell on the past.

“Kotoko is a football club and the core business is to play delightful football for its teaming supporters, but as I speak to you now that is not the case.

“So the first thing is to get supporters back into the stadium with a winsome side, playing delightful football.

“I don’t believe in talking about lapses on the park, we have all been through it before, now we are in charge and we would have to put things in a better shape.

He said Kotoko was ready to take on Hearts in the JA Kufuor Cup match in October to honour the former chairman of the club, the former President of the Republic of Ghana J.A Kuffour.

Accra Hearts of Oak and Kumasi Asante Kotoko are set to clash on October 28, in Kumasi at the Baba Yara Sports Stadium to honour the J. A. Kuffour Foundation Cup (JAK Cup).