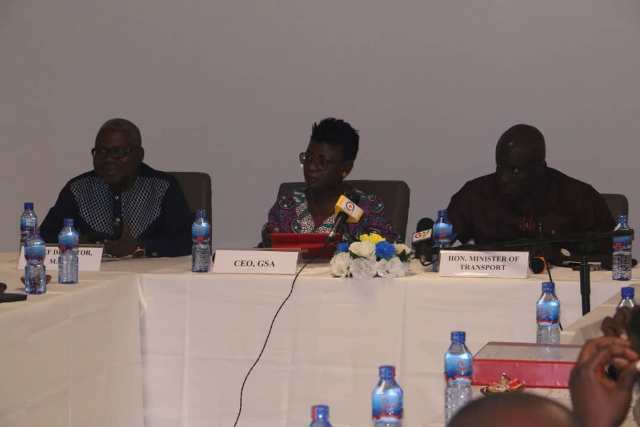 The Government has assured potential investors in the Boankra Inland Port, that it would ensure a win-win situation therefore shortlisted bidders must bring financial and technical expertise towards the development and operationalisation of the port.

Mr Kwaku Ofori Asiamah, the Minister of Transport, in a speech read on his behalf, at a bidders’ conference for the development of the Boankra Inland Port project in Accra, said the land for the project had been properly secured, while an administration block had been constructed.

He said the challenge now was sourcing of finance towards the development and operationalisation of the Port and encouraged potential investors to take advantage of the enabling business environment government was creating for the private sector.

The meeting was to create the platform for interaction between Government and shortlisted bidders to know and understand each other’s expectations and to clarify any issue identified in the project document as well as help bidders to develop technical and financial proposals to the Transport Ministry.

It also provided a platform for Government to strengthen public-private partnership as a way of financing public infrastructure projects for accelerated national development.

So far, six companies have been shortlisted out of 29 that expressed interest to invest in the project.

The Boankra Port project is intended to enhance the operational efficiency of the two main sea ports of Tema and Takoradi, to bring imports and exports services closer to the door steps of shippers within the middle belt and northern sector.

It would also serve as commercial hubs around the inland port facility, as well as facilitate greater level of international trade with the neighbouring landlocked countries of Burkina Faso, Mali and Niger.

Mr Ofori Asiamah noted that transportation was a key catalyst that promotes trade between and within nations, thereby facilitating socio-economic growth and development.

According to him, it was for that reason government was developing the necessary framework to create the enabling environment for the private sector to contribute in the development of transport infrastructure.

He said government alone could not bear the cost of providing effective transport infrastructure, considering the increasing demands from other sectors of the economy.

To that end, the Minister said the development of a dry port had been identified as a key factor to improving performance in the handling and decongestion of the existing main Ports.

Therefore, the government, through the Ghana Shippers Authority and the Ghana Ports and Harbours Authority initiated a programme to develop an inland port at Boankra, south of Kumasi.

“Government has recognised that the realisation of Boankra Inland Port, as an integral part of Ghana’s strategic transport network, hinges on the operationalisation of the Eastern Railway line.

“Therefore, the Ministry of Railway Development is also going through a similar process to develop the Eastern Railway line to facilitate the realisation of these agenda,” Mr Ofori Asiamah said.

Ms. Benonita Bismarck, the Chief Executive Officer of the Ghana Shippers Authority, in a presentation on the Boankra Inland Part, outlined the investment that had already been committed into the project.

She mentioned among other things, the availability of voice and data network set ups and Shippers’ centre, which would host offices, electricity, boreholes and litigation-free 400 acres of land for the investors to leverage on for a smooth take-off.

The Boankra Inland Port is a Government of Ghana project initiated by the Ghana Shippers’ Authority and the Ghana Ports and Harbours Authority.

The project, upon completion, would facilitate international trade with the neighbouring landlocked countries of Burkina Faso, Mali and Niger.