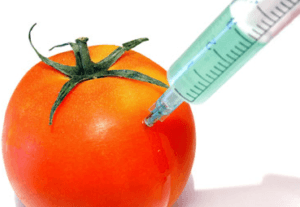 Goal two of the SDGs seeks sustainable solutions to end hunger in all its forms by 2030 and to achieve food security and aims to ensure that everyone everywhere has enough good-quality food to lead a healthy life.

It requires better access to food and widespread promotion of sustainable agriculture which would entail improving the productivity and incomes of small-scale farmers by promoting equal access to land, technology and markets, sustainable food production systems and resilient agricultural practices.

The farmers made the call after a training programme on benefits of new technologies including; GMOs which aims to ensure food security and raise household income of farm workers who constitute about 90 per cent of Ghana’s agricultural workforce.

It was meant to create awareness on biotechnology and genetically modified organisms in Ghana, a project being hosted by Ghana’s Council for Scientific and Industrial Research.

“I am here to share this lectures they are given us and my stand is that I support GMOs,” Mr Mohammed Adam Nashiru, Former National Union of Smallholder Farmers told peasant farmers and agriculture officers in Wa.

Mr Nashiru who is an all-year farmer of maize, rice, soya beans and has now extended into vegetable production said: “I preached against GMOs, but now I am in support of GMOs”.

“I have changed my mind for good reasons,” he added: “It is only a fool who doesn’t change his mind”.

Nashiru dismissed claims by critics that GMO crops and breeds were harmful to human health and would impoverish local farmers and noted that food production in Ghana was unacceptably low and if the trend continued the West African country might not be able to achieve the SDG2.

He blamed the low production on lack of modern technology and improved breeds to help local farmers to engage in large scale farming to produce more for local consumption and exports.

Agriculture is the backbone of Ghana’s economy and about 80 per cent of total agricultural production is credited to smallholder farmers with huge potential to transform the sector.

However, performance of agriculture in Ghana declined from 51 per cent to 36 per cent of Gross Domestic Product, with the rural poor now accounting for about three-quarters of the people living below the poverty line.

Smallholder farmers whose farms averaged just 1.2 ha have limited opportunities for prosperity, which government introduced the planting for food and jobs programme to address.

Ghana’s research institutions and the government are making efforts to ensure that the country progressed in agriculture.

Mr Issahaka Abubakar, a farmer, was worried that peasant farmers faced multiple challenges including access to relevant information, technology, and income, which hinder them from expanding their farms.

“When this whole thing started, the politicians were talking and other experts were talking, so we as farmers were confused as to which way to follow.

The Nadowli-Kaleo District Director of Agriculture, Mr Cephas Eremon, told the Ghana News Agency that: “From the onset we had negative perception about GMO,” and called on farmers to embrace the new technology to ensure food security.

“How soon will Ghana begin to use GMO seeds, let us be fast,” he added.

“We want the government to make improved seeds available for us to get good yield next year and get good harvest” she said.

The farmers called on government to expedite action on the adoption of GMOs to help local growers to get the seeds in the certified local market dealers to stimulate mass production and achieve the SDG two.

Dr Richard Ampadu-Ameyaw, the National Coordinator of OFAB Ghana told the farmers that GMOs were to boost farm yields, cut pesticide use, and decrease farm labour and increase nutritional value and would improve incomes of farmers, enhance their welfare and reposition Ghana’s agriculture.