Christians urged to focus on Christ 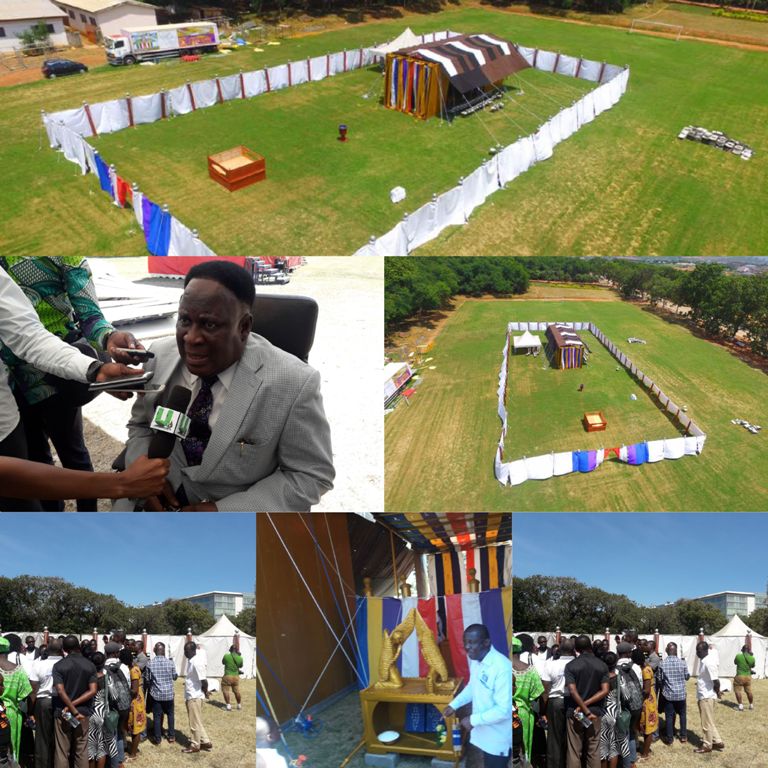 Rev. Andrews Lawrence Ewoo, a retired Pastor of the Seventh Day Adventist (S.D.A) Church has urged Christians to focus more on Christ, the Messiah who gave mankind salvation than focusing on denominations.

He was speaking at the launch of the Messiah’s Sanctuary in Accra over the weekend, where he charged the Christendom to avoid being attached to denominations rather than the Messiah.

He said many Christians had fixed their eyes on Church denominations instead of fixing their eyes on Jesus Christ, the owner of the Church, through the study, understanding and the obedience to the words.

The Messiah’s Sanctuary serves as a great evangelistic tool for a church’s outreach programme.

Elaborating on the Messiah’s Sanctuary, Pastor Ewoo noted that the Sanctuary, where God dwelled was fully characterised by Christ’s embodiment saying that, “the entrance is Christ, the altar of sacrifice is Christ, the laver is the baptism of Christ and of the Holy Spirit… is all about Christ”.

Quoting Revelations 22:3, he said it was only Jesus Christ that could hold a believer’s hand and enter the throne room of God to meet Him on the day of the Lord’s return, adding that the Church Pastor does not come in, the Church denomination would not play the role of Christ.

Pastor Ewoo said the Sanctuary narrated a story about God’s divine intervention to rescue man destined for destruction adding that the intrusion of sin in the Garden of Eden brought a separation between man and his maker as stipulated in Isaiah 59:2.

He said however that, God in Jeremiah 31:3 said He had loved mankind with an everlasting love and therefore with lovingkindness he drew mankind back to himself.

He said: “God’s design of drawing us back called ‘the Plan of Salvation’ is what He illustrates in the Sanctuary with symbols, colours, objects, language,” adding that the plan was not an afterthought but conceived even before the foundation of the earth as confirmed in Revelations 13:8.

Pastor Ewoo said the Sanctuary had two divisions; thus the inner and outer court with the inner court divided into two apartments – the Holy Place and the Most Holy place.

He said both courts were surrounded by a tent of white linen and a single gate which was decorated with a curtain of different colours thus purple, blue, red and white noting that “all these colours were symbolic representing royalty, the law of God, the blood for propitiation of sins, and the righteousness of God respectively.

In the outer court, he noted were two objects thus the Altar and the laver saying, “The altar was where sacrifices were made and the concept of ‘saved by grace through faith and justified without the law’ was brought to bear on the sinner.

“A sinner who comes with a lamb in recognition of his transgression against God’s law comes to confess over the lamb who represents Jesus Christ, the Saviour (John 1:29) takes the sins, offers grace to the sinner and thereby justifies him unto righteousness, the sinner is saved from the penalty of sin without the law but by grace through faith.”