US Embassy thanks Germany for ‘stopping’ Iran financial transaction

August 6, 2018 Africa/International Comments Off on US Embassy thanks Germany for ‘stopping’ Iran financial transaction 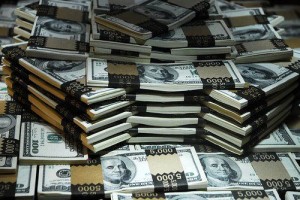 The US Embassy in Berlin has welcomed what it claims is a decision by the German government to prevent an Iranian plan to fly 300 million euros ($350 million) in cash from Germany to Tehran.

“We are grateful to our partners in the German government that they have recognized the necessity of stopping the destructive activities of Iran,” the US Embassy said in a statement released on Monday.

The money is being held by the European-Iranian Trade Bank, which is owned by the Iranian state but registered in Hamburg with the German central bank, the Bundesbank.

Iran planned to fly the money out to avoid the possible freezing of accounts as a result of US sanctions, but German authorities have introduced financial rules that could delay or even block the attempt. The rules will come into effect on August 25.

A Finance Ministry spokeswoman declined to comment on whether the new rules would prevent Iran’s plan to claim the money parked in Germany.

In May, Trump announced the withdrawal of the United States from the Iran nuclear deal and said he would renew sanctions starting Monday.