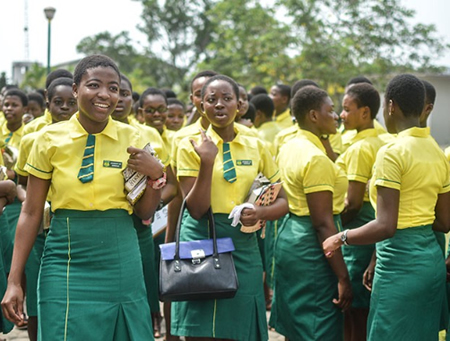 Mr Alfred Abugre Ndago, a retired Principal of the St John Bosco College of Education has called on Ghanaians to stop the apprehension of the double Track System of education proposed by government and make meaningful suggestions that would enhance its successful implementation and effectiveness of the system.

He said the system had worked successfully elsewhere and indicated that, the decision by government was not out of the blues but from critical analysis of the benefits thereof.

Mr Ndago, who said this in a telephone interview with the Ghana News Agency (GNA), acknowledged that government’s plan to implement the system was to ensure that no youth was left behind, and added that, about 180,000 students were most likely to be left behind if they do not get admissions into schools in September when the academic calendar begins.

Even though he conceded that there could be teething problems associated with the system as related to most new systems, the retired Principal said the management of the system has been thought through to ensure that no child losses the contact hours while in school and added that “there should be no apprehension about the system at all”.

“Why will any government run itself into trouble if it is not sure that the intended system will succeed?” Mr Ndago questioned.

Mr Ndago observed that the same issues arose when the implementation of the Free education at the Senior High School level kicked off, and needs all Ghanaians to support it to succeed.

He said a large number of the population of Ghana are illiterates and indicated that the introduction of the system would help get more youth into school to enhance their lives.

Mr Ndago, who worked for about 36 years in the education Sector, and still offering his expertise to build educational systems in the country, assured that “the system will work for the country” and allayed the fears of the citizenry and rather urged them to buy into the system.

Naba Chief Johnson Awuni, Chief of Yorogo, who is also a retired educationist, conceded that “in every human endeavour there are risks”, and called for proper planning of the system to take control of the challenges.

He said large class sizes in both Junior and Senior High schools affects effective teaching and learning, saying that, “there should be proper management of class sizes for teachers to address learning challenges of weak students”.

He hoped that infrastructural and other relevant problems such as School feeding, capitation grants, and the provision of school uniforms among others would be addressed.