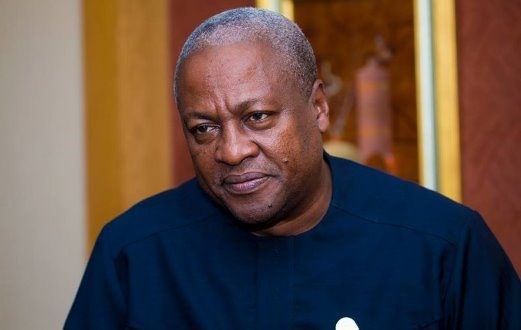 Following the alleged endorsement of former President John Dramani Mahama, some of the delegates have decided to stage an objection calling it a deliberate mind game by Mahama loyalists to help his bid to lead the NDC again in 2020.

“The picture that the MPs attempted to paint does not reflect what is really happening on the ground in the party. I can tell you that many Constituency executives received the news of the so called endorsement list with anger,” Evans Amarh, Deputy Constituency Organiser for Tema East NDC said in an interview with the Ghana News Agency in Accra on Wednesday.

“Such mind games will only hurt everybody at the end of the day. I can tell you that if anybody at all is enjoying support among executives of the party at the Constituency level, it is the Deputy Speaker of Parliament, Mr Alban Sumana Kingsford Bagbin.”

He said those who compiled the list of supposed 94 MPs who endorsed former President John Mahama for the 2020 flagbearership did so without even consulting their constituents.

Although some of the MPs have since confirmed their endorsement, others have also denied it claiming they were deceived into signing the document.

Mr Joseph Naabu, MP for Yunyoo, for instance said he was tricked into appending his signature to the document under the pretext of signing an attendance book in Parliament.

He also revealed that as many as 50 MPs had confessed to him that they had been misled to sign the document.

The MP for Keta, Mr Richard Quashigah also made it clear he was for Prof. Joshua Alabi and could not have signed up to endorse Mahama.

Meanwhile, Mr Francis Anyidoho, Down City NDC branch secretary who is also a delegate of the party was not happy at turn of events saying MPs were adults who should have done things in the rightful manner.

“As for me, as far as I am concerned, the best person to lead us now is Mr Alban Bagbin. Other hopefuls are also good, but we have not heard them pledge to better the lot of delegates who have suffered for the party over the years like he has said. No amount of rough propaganda methods against him will work. Infact victory for Mr Bagbin in the forthcoming NDC Presidential primary is a forgone conclusion” ” Mr. Anyidoho said.