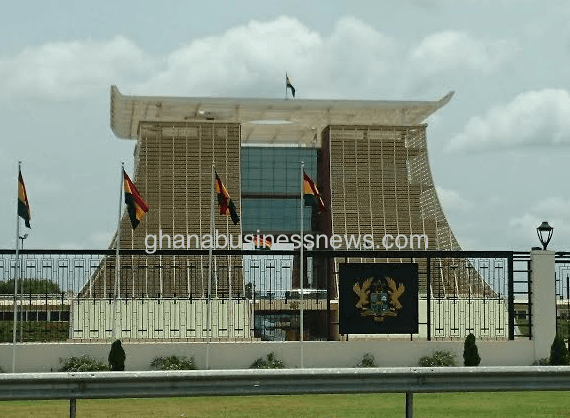 Dr Nii Kotei Dzani, a Member of the Council of State has called for a national debate to review the current age of 40 years before one qualifies to be elected as President.

He said: “We need to spark up the debate on the appropriate age for Presidency in this country. As young Parliamentarians, the ball is in your court. It is up to you to bring it before the house, start a conversation,” in Accra.

Dr Dzani made the call at the inauguration of the Young Parliamentarians Forum.

The Young Parliamentarians Forum (YPF) is a non-partisan Union of the Parliament of Ghana to further the agenda of young people in Parliament.

The current Parliament of Ghana, which is the 7th in the 4th Republic, is made up of relatively younger legislators, as a result of the high number of young new entrants that won the elections in their respective constituencies.

Ghana’s Parliament currently has 71 Members of Parliament (MPs) below the age of 45, and this accounts for 25.8percent of the House.

Dr Dzani, the youngest member of the Council of State and President of Groupe Ideal said that it was about time Ghana followed the example of Canada, France, New Zealand and allowed people younger than age 40 to run for the highest political office of the land as President.

Citing examples of young leaders around the world, Dr Dzani said: “Indeed, the World over, young people are leading the way. Prime Minister Justin Trudeau became Prime Minister of Canada at the age of 37 years of age. President Macron became President of France at age 39.

“Prime Minister of New Zealand, Jacinda Kate Laurell Ardern was elected at 37 years of age in 2017”

He urged the young MPs to be willing and ready to improve every day and take advantage of the mentorship opportunities available to them by associating with senior members.

“The destiny of Ghana is in our hands, we must learn from those who have gone ahead of us, tap into their knowledge and don’t be in a hurry to kick them out so that you can take over,” he said.

Professor Mike Oquaye, the Speaker of Parliament advised the young parliamentarians to “allow themselves to be mentored and trained, as being ‘too known’ is not a good thing.”

The Speaker registered his support to the Forum with resources from home and abroad, saying, “the future belongs to young people.

“There is no alternative to this; not having the youth is for the future to perish. As Speaker, I will support the YPF; we will find resources both home and abroad to ensure that this forum succeeds

Mr Alex Tetteh Djornobuah, MP for Sefwi-Akontombra Constituency and the President of YPF, the inauguration is a key catalyst to Ghana’s parliamentary work.

“We recognise that after 25 years of parliamentary democracy, the role of young MPs has been very essential but it is high time we uplifted our level of engagement, not only with the youth of Ghana, but the rest of the world.”