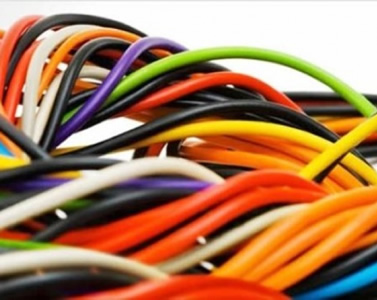 The Communication for Development and Advocacy (CDA Consult) is to publish in September, results of the Counterfeit Electrical Product and Electronic Appliances survey conducted in the Brong Ahafo Region.

The survey conducted in April this year, was to assess the proliferation of Counterfeit Electrical Products and Electronic Appliances in the Region, and establish with empirical data, the estimated volume of counterfeited electrical goods in circulation.

Also included in the respondents are procurement officers, media practitioners and other end users, who were to also identify main users of those counterfeited electrical products.

The Brong Ahafo respondents were also required to establish a hierarchy of identified places, where electrical counterfeited goods are being sold and assess the perception of damage caused by illicit or counterfeited electrical goods in the Region.

He said the survey conducted in Brong Ahafo Regional was to back the campaign with empirical data from strategic stakeholders on the seriousness of the problem confronting the nation and dealers in the sector.

He said the campaign embarked upon by CDA Consult was to sensitize the public against the usage of counterfeit electrical goods and electronic appliances. It started in December 2017 at Ho, Volta Region, and moved to the Brong Ahafo Region, in April this year. The group is preparing to go to Tamale, Northern Region in September.

Mr Ameyibor, made the call at a media briefing on the holistic public education campaign and exhibition dubbed “Avoid patronage of counterfeit electrical products and electronic appliances campaign” at Koforidua the Eastern Regional capital.

Mr Ameyibor said counterfeit electrical products and electronic appliances usage had negative economic impact on the country, as it impeded development, created financial losses to investors and the state as well as loss of life.

He said his organization sought to pursue the campaign through the creation of a multidimensional stakeholder platform across the ten regional capitals in the country and in 150 districts to harness collective resources and strength of stakeholders to fight counterfeiters in the electrical and electronic Industry.