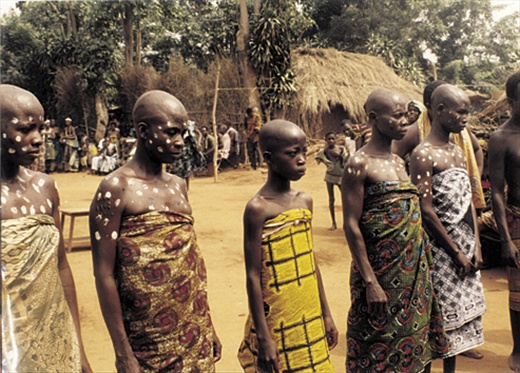 Reverend Washington Komla Darke, Vice President, Administration, Ghana Baptist Convention, has called on all stakeholders to give critical attention to the issue of ritual servitude popularly known as “trokosi”, and purge it out.

He said though the practice was abolished in 1998, it seems it was only effective on paper citing continued practice in secrets across shrines in the country.

Rev Darke appealed to the Gender Ministry and other stakeholders including the Baptist Relief and Development Agency (BREDA) to help rid society of the system.

“Trokosi is an obnoxious system that must not be allowed to thrive.  We have to ensure that it is not only abolished on paper but on the ground as well, and the Gender Ministry should be able to enforce what is entrenched in the Law”, he said.

Rev Darke was addressing the 12th Graduation ceremony of the Baptist Vocational Training Center at Frankadua in the Asougyaman District of the Eastern Region where 14 former servants including four shrine-born boys were among 23 students graduating after completing a three year course in dressmaking, kente weaving, catering, batik printing and bead making.

He said the practice was inhuman and lacked justification, and one which demanded that churches took up the spiritual component of the fight.

“No religious reason that exists can justify this canker. It is inhuman and must come to an end, therefore we have to speak out and take bold steps in this crusade. With a concerted effort, Trokosi will crumple under pressure”, Rev Darke said.

Rev Darke urged parents to encourage the graduates to further their aspirations and make good use of skills acquired.

Mr Isaac Donkor, Director of BREDA, said though the practice was still ongoing in secret, communities noted for Trokosi had reduced significantly through their campaign.

He added that the Department of Social Welfare has been engaged to monitor the project and help with victim recovery.

Praying Pelican Mission from the USA, long time partner of the GBC has been on the project since it’s inception, currently engaged in the construction of a classroom block as well as the provision of equipments and startups for each graduate.

Rev Mrs Grace Akonnor, Head of the Center, said classrooms, computer laboratory, kitchen, dining area and a school bus were all lacking and this is hindering the efforts of the students.

She said 168 rescued Trokosis had so far been reformed by the school which has also recorded an 88 per cent employment rate of the 380 students it had graduated since its inception, and opening up to admit school dropouts who desire skills training.

Rev. Mrs Akonnor said the institution further recorded a 96 per cent pass in the 2017 National Vocational Training Institute proficiency examinations, and would soon introduce courses such as building and construction, electrical, auto mechanic, and agriculture as it inched towards becoming a world class technical university.

Miss Rovaughna Richardson, a counsellor at the center said victims of ritual servitude were usually suppressed into shedding their trust, and that recovery depended a lot on the Christian faith and its spiritual environment.