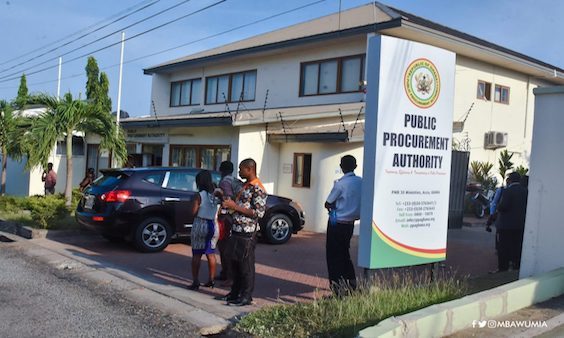 Mrs Rhoda Ewurabena Appiah, Head of Corporate Affairs and Administration of the Public Procurement Authority has said that government will start the electronic procurement system by October this year.

She said this will enable government to arrest corrupt practices that drains the country of huge sums of money adding that, firms which do not pay their Social Security and National Insurance Trust (SSNIT) contributions of their employees or not honouring their tax obligations would also be checked.

She made these known at a round table discussion held in Accra and organised by the Ghana Integrity Initiative (GII), to commemorate the African Union’s (AU) Day for fighting against corruption.

The theme for the AU Day was “Winning the fight against corruption: A sustainable path to Africa’s transformation”.

There will be Electronic (E)-justice and E-immigration, among others, when the programme is rolled-out, she announced.

Mrs Appiah emphasised that there will be no more false certificates and information by individuals and companies applying for contracts, since every bidder’s information would be captured on the Tax Identification Number (TIN).

She re-iterated the need for everyone to get a TIN without, which no one will be able to secure a government contract.

Mrs Linda Ofori-Kwafo, Executive Director of GII and a member of the Special Prosecution’s Office called for transparency in the audit system, and that her outfit had created a public complaint section, where victims and witnesses of corruption can report to.

The programme attracted representatives of the Office of Administration of Stools Lands, Fair Wages and Salaries Commission, BNI, Food and Drugs Authority, Public Utility Regulatory Commission and Ghana Highway Authority, among other stakeholders.