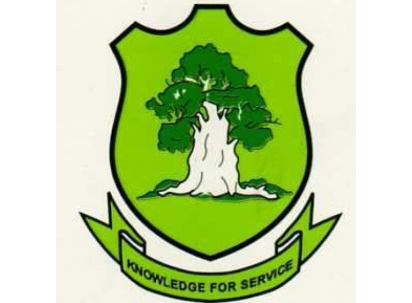 University for Development Studies (UDS) has made Ghana proud by securing an appreciable number of medals in the just ended federation of African Sports University (FASU) games.
The UDS places fourth in the competition which puts Ghana among the first five best sporting countries in Africa.
The 9th edition of the competition, which took place in Mekelle University, Ethiopia, saw the UDS team securing 13 medals to place fourth out of 47 competition schools.
The University of Ghana had seven medals and placed fifth, and together with the performance of UDS, Ghana placed third out of 16 competing nations.
University for Development Studies(UDS) won 13 medals in all with seven gold medals, four silver medals and two bronze whiles University of Ghana (UG), won seven medals in all with five gold medals, a silver and  bronze medal, placing 5th at the end of the games in Ethiopia.
The 1st position after the tabulation of the results happened to be Ugandan university of Ndejje. The University had a quantum of 19 medals (10 Gold, 4 silver, 5 Bronze).
University of Johannesburg in South Africa was the 1st run up after having 12 medals (9 Gold, 1 silver, 2 Bronze) whiles university of Addis Ababa in Ethiopia accumulated 25 medals (8 Gold, 6 silver, 11 Bronze).
Mr Eric Annobil of UDS team, in the 400 meters hurdles (men), won after the end of the race behind athletes from Ethiopia and Uganda, who placed 2nd and 3rd respectively.
Another clean swoop was the 200 meters men event where UDS’s Sarfo Ansah won gold whiles his compatriot Derrick Sarkodie took bronze in the same event.  Miss Elizabeth Azuure of UDS also won the 5000 meters women race  with athletes from Uganda and Ethiopia trailing second and third,  respectively.
Mr. Shaibu Ibrahim Tanko, Director of Sports for UDS, in an interview with GNA, congratulated the student’s athletes for the victorious performance and also living above reproach and defying all olds, even at that altitude to beat the stronger opponents in the various events that they took part.
The UDS team which included; Agyei Salomey, Elizabeth Azuure, Christiana Bakika, Sarfo Ansah, Eric Annobil, Derrick Sarkodie and Thomas travelled to Ethiopia together with Mr A.B.T Zakaria the Registrar for UDS.
The event commonly known as the FASU Games, is a multi-sports university sport event organized in July of every year on a two year cycle and ran from 01th through 06st July 2018.
Source: GNA