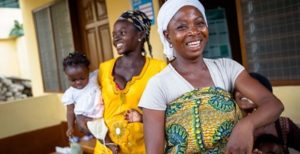 The National Population Council (NPC) has called on government to institute family planning as a human right policy in order to achieve the Sustainable Development Goals (SDGs), especially goal four.

In a statement to mark this year’s World Population Day, the Northern Regional Secretariat of the NPC said, the Council believed it would not be a misplaced priority if the government considered family planning as a human right and commit to ensuring that human rights were incorporated in the Family Planning policies.

The statement said “in-fulfillment of the elements of right to health, government should make family planning services available, accessible and of good quality, whiles clients find them acceptable. It is therefore important to make family planning a household name in Ghana and Northern Region”.

The statement indicated that “In the Region 2.2 per cent of women aged 15-19 were pregnant with first child whiles the maiden age at first marriage is 18.7, the lowest in the country”.

The statement said with the fertility rate of 2.9, the Region’s population was likely to hit seven million by 2040, which would hinder efforts by government to bring economic development and improve the quality of life.

The statement also called for efforts to reduce the high population rate to bring about sustainable development in the Region.

Highlighting on the national theme: “Family planning is a human, right an imperative to sustainable economic development”, and stressed need for focusing on reducing fertility rate and number of dependency on working groups to ensure rapid economic growth.

The statement said “A high population growth means a high economic expenditure. The several efforts of government at achieving a projected growth in the economy by 3.8 per cent may be challenged if the population continues to grow so rapidly. Family planning should therefore take centre stage in all our developmental programmes”.

The World Population Day is marked on July 11 every year since 1987 to focus attention on the role and the importance of population as a factor in the development processes.

My first day of internship at Ghana Business News