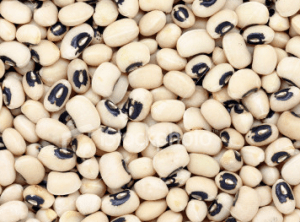 Researchers in Ghana have come out with a Pod Borer Resistant Cowpea to help cowpea farmers to fight the maruca pod borer pest that infest their farms, to increase productivity.

The maruca pod borer attacks cowpea farms and account for yield losses ranging from about 20 per cent to 80 per cent.

The pod borer resistant cowpea will repel the maruca pests to help reduce these losses to the lowest level.

The goal of the project is to develop and deploy farmer-preferred, elite cowpea varieties with resistance to the maruca pod borer that would substantially increase cowpea productivity and utilization in Africa.

The project is coordinated by the African Agricultural Technology Foundation (AATF), with funding from the United States Agency for International Development (USAID) to promote technological interventions that would enhance cowpea production in Africa.

Dr Mumuni Abudulai, Entomologist and Principal Investigator at the Council for Scientific and Industrial Research Institute – Savanna Agricultural Research Institute (CSIR-SARI), who gave an update on the project said the maruca pod borer resistant gene has been put into some farmer preferred cowpea varieties through breeding and the efficacy of the trait has been evaluated in Ghana, Nigeria and Burkina Faso.

He noted that the pod borer resistant cowpea would reduce the health hazards, which farmers were exposed to, when they used insecticides chemicals to control the pests.

He said with the development, farmers would have access to improved cowpea varieties that would lead to increased yield.

He said the report for commercial release of the cowpea was under evaluation and would therefore be out when regulatory procedures were completed.

Farmers, who were trying the pod borer resistant cowpea on confined field trials, confirmed the effectiveness of the cowpea and said it would boost the production of beans in Ghana.

They pleaded with government to expedite the regulatory process so they can have access to the seeds and start cultivation.

Mr. Rasheed Issah a farmer from Damango said, “The technology really works and help reduce the use of insecticide. This will help save me money which I can use to expand my farm”.

WAEC yet to release 2018 WASSCE results in Ghana