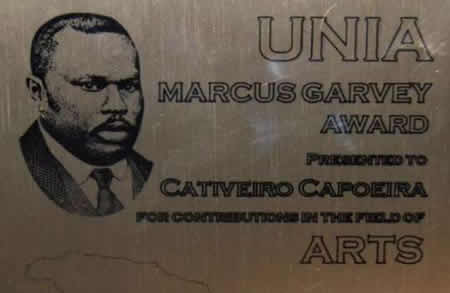 The Black Star Line Cooperative Credit Union (BSLCCU) has launched the Marcus Garvey Awards Ball and Banquet, to reward people who embodied the concept of Pan-Africanism and helped to achieve economic strength.

The awards night, which comes off on August 18 at the Swiss Spirit Alisa Hotel in Accra, seeks to promote and celebrate African excellence in the Diaspora across different categories.

The day, which falls on Marcus Garvey’s 131st birthday anniversary would award Africans, who are doing marvelously in the area of business, science and innovation, arts and culture, sports, governance and politics, and education, among others.

Tickets are available on sale at Airport Shell, BSLCCU offices as well as delivery on call.

Marcus Garvey was an advocate of Black Nationalism in the United States and most importantly Jamaica. He was a leader of a mass movement called Pan-Africanism and he founded the Universal Negro Improvement Association and African Communities League (UNIA-ACL).

Mr Garvey in his quest to create wealth and help Africans in the diaspora, founded the Black Star Line, a shipping and passenger line, which promoted the return of Africans to their ancestral lands.

Madam Naomi Palmer Buchanan, the Chairperson of BSLCCU, speaking at the event, said a number of people, who are doing great things for Africans liberation, would be nominated by shareholders of the Union but a few would be shortlisted for the awards.

She said the proceeds from the awards ball would be used as the seed capital for the land on which a Marcus Garvey Centre would be built.

The Centre would provide accommodation, shops, a restaurant, sporting facilities, a recreation park and office spaces for local and international clienteles.

The Centre would serve as the headquarters for the BSLCCU, Ghana Caribbean Association and UNIA-ACL Accra chapter.

“It will be designed specifically to accommodate a family atmosphere and will house a research library, conference and sports facility,” she said.

The Marcus Garvey Centre would be a multimillion cedi facility, envisioned to be a globally relevant light house on the continent of Africa for the preservation of his philosophies, principles and the advancement of Afrocentric achievement across all endeavours.

This is expected to attract and generate a steady stream of activity that would entice international visitors for conferences, tours, seminars, workshops, among others, and contribute significantly to the local economy.

Madam Josephine Ohene Osei, the Director, Ministry of Tourism, who represented the Minister, congratulated the BSLCCU for coming out with such an initiative to help Africans find their identity as Black people.

She said the Ministry was happy that the Marcus Garvey awards would be given the leverage to commemorate this illustrious son of the land.

Madam Osei pledged the Ministry’s support to the initiative and urged that organisers created a social media platform to educate young ones to keep the African history alive.

There will be a “Life Time Legacy Award” given posthumously to Madam Winnie Nomzama Zanyiwe Madikizela for her personal dedication and drive to fulfil the liberation of oppressed people.

Former President Jerry Rawlings will also receive a “Special Award” for his contributions to the development of diasporan relations with Ghana.