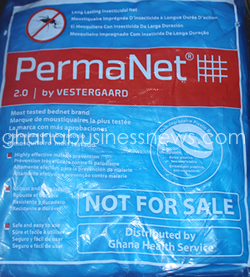 The Northern Region Directorate of the Ghana Health Service (GHS) has announced the commencement of distribution of millions of Long Lasting Insecticide Nets (LLIN) in the Region to help fight malaria.

It said the distribution of the LLIN began on Tuesday, 19 June, 2018 and would continue for seven days.

The announcement was made during a regional stakeholder meeting in Tamale on Tuesday.

The meeting was aimed at sensitising the stakeholders on the LLIN distribution and the need to spread the message across the region.

The GHS has also advised people within the region to go to the various distribution centres with their code cards for their nets before the deadline.

Mr Marcel Buamah, the Acting Regional Malaria Focal Person, said the number of persons dying out of malaria especially children in the region was still very high and with the help of the LLIN,  it would help eliminate or at least lower the rate of malaria cases in the region.

He urged the public to always go for a laboratory tests whenever they suspected the malaria symptoms.

Mr Buamah said this would help prevent the issues of self medications and its related implications.

Madam Patience Bauhin, a Health Promotion Officer at the Regional Health Directorate, advised all pregnant women to visit hospitals at the early stages of their pregnancy for Intermittent Preventive Treatment (IPTp) to help protect them and their unborn babies from malaria.

She said all pregnant women are encouraged to go for at least three or almost five of the IPTp treatments to help prevent issues like miscarriages.

Madam Bauhin also urged the public especially those in the rural areas to use the nets for its intended purpose.

She said unfortunately, many people use the nets to cover their gardens or as their fishing nets and some others do convert the nets into football nets.

He urged the GHS to make it a priority in intensifying their monitoring and supervision on the effective use of the treated nets.

Recognise and actualise targets of SDG 5 in planning – MCE