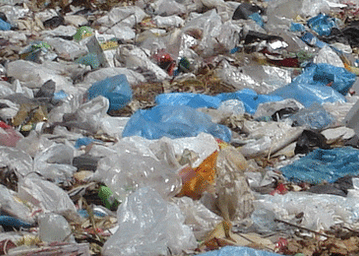 Mr Ken Ashigbey, the Chief Executive Officer of Chamber of Telecommunications, has urged Ghanaians to learn about recycling and reuse of plastics.

He said studies had shown that there would be more plastics in the sea than fishes by 2020 and it was necessary to learn to control their use.

He was speaking to pupils of the Kanda Accra Metropolitan Assembly (AMA) Junior High School as part of phase two of the 2018 National Commission for Civic Education’s (NCCE) Citizenship week on the theme: “The Environment and You”.

Mr Ashigbey said although society could not get rid of plastics completely, Ghana as a nation could learn to recycle and reuse them and urged the pupils to refrain from any act that would cause harm to the environment and also try their best to help in curbing the use of plastics.

Mr Ashigbey advised the pupils to be law abiding and abstain from drugs, pre-marital sex and other bad habits in the society, maintaining that inculcating knowledge into the pupils would shape them to become better citizens, adding that, society must put civic education first by letting younger ones understand the value of the environment.

Mr Ashigbey disclosed that one of the challenges the NCCE was facing was lack of funds saying, “If the NCCE is given a lot of funding they would be able to do a lot of great things because they are able to mobilise most incentives they are being offered with,” he said.

He however called on other organisations to be motivated by the day’s programme and collaborate with the NCCE to organise more of the exercises, more than once in a year to remind Ghanaians of their civic duties.