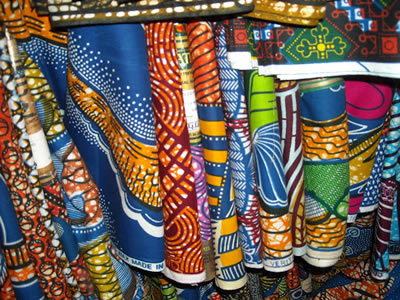 The Minister of Trade and Industry, Mr Alan Kyerematen, has stated that effective September 1, 2018, tax stamps would be applied to the retailing, wholesaling and distribution of textile prints.

He said every textile print from the beginning of September that would be sold in the country would have a tax stamp.

This, he said would help ensure that all the textile prints that were coming into this country without the payment of the right duties and taxes would now become something of the past, and would also provide a means of verification and identification.

Mr Kyerematen said this at a town hall meeting with stakeholders in the textile industry to discuss modalities for implementing a road map that would sensitise the sector.

He said the meeting was also to allow stakeholders to engage and arrive at a consensus to support the sector, through deliberations on the issues before them in a spirit of unity and collaboration and in a constructive manner.

According to the Minister, it was part of a consensus derived after independently engaging the various stakeholders one on one to find out whether they could chart a new course for supporting the revival of the sector.

“We have therefore had an extensive engagement with the manufacturers for the last three or four months, the mother unions, local representative of the various manufacturing companies, retail sector.

“We would have a transitional period of three months to allow the Ministry of Finance to engage the manufacturers to ensure that when they are introduced, there would be no bottlenecks in terms of the role outs.

“Between now and August, it is our hope that all retailers of textile prints would arrange to ensure that any stock that they have would be cleared,” he said.

The sector Minister added that all those with imported textile prints in the pipe line, would be afforded the opportunity to have the goods arrive and cleared and also sold within this period.

He said the textile sector had played a significant role in the country for several decades, being a major source of employment creation and income generation for many people, particularly those engaged in the retail trade.

He said it had also stimulated the development of the cotton sector in the past and so if there was one sector in the country that had the potential to transform the industrial landscape, it would be the textile sector.

“We are all aware of the importance of this sector. It has been confronted with significant challenges over the last couple of decades which has resulted in collapsing the sector literally and as a caring government, we deem it a very important responsibility not to allow this critical sector in the economy to continue facing these challenges,” he said.

“Also beginning September first, there is going to be an increase in the representation of stakeholders on the task force, so that they will actively participate in the operation of these taskforce. It is going to be extended to the other major retail centres across the country including; Takoradi and Kumasi.”

He urged them to use the opportunity to express their views about the implementation of the measures to be able to validate it.

Mr Solomon Kotey, General Secretary of the Industrial and Commercial Workers Union said the essence of the meeting was to see the practicality of how the thematic areas could bring reliefs to the industry, adding that the period between now and September was the ideal time for all to try to see how to smoke out the smugglers of the pirated goods into the market.

He said the position taken by the consensus that the taskforce should not go to the market was still not too dear to the ICU, because they would have wished that they participated in it and  hoped that the actions to be taken would bring them the salvation and give future to those yearning for jobs.