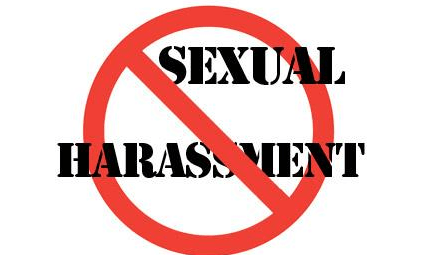 Plan International Ghana, a Non Governmental Organisation (NGO), has expressed worry about the growing incidence of sexual abuse of girls in Ghanaian schools and called on authorities to take action to stem the tide.

A study conducted 10 years ago by the NGO in Awutu-Senya, Efutu and Upper Manya Krobo Districts showed about 14 percent of school children (aged 14 to 15) experienced various forms of sexual abuse.

The main perpetrators of the abuses, according to the study, were teachers, forming 21 percent and only 30 percent of the victims gathered courage to tell someone about it.

Madam Anna Nabere, the Project Manager, Girls Advocacy Alliance (GAA) under Plan International Ghana, said this at a press conference on sexual abuse of girls in schools and child marriages in Dodowa in the Greater Accra Region.

The study also revealed that the authorities either failed to take punitive action against the perpetrators or simply warned them not to commit the act described as “criminal” again.

“From the recent stories we have heard in the media including the famous case at the Ejisuman Senior High School (SHS) in the Ashanti Region, the figures are probably higher today than they were nine years ago when the study was conducted,” Madam Nabere said.

Earlier this year, it emerged that over 10 female students at the Ejisuman SHS claimed they were being forced by some of their teachers to perform various sexual acts which eventually led to the interdiction of nine teachers.

The Ghana Education Service (GES) subsequently came with varying recommendations in April 2018 but the final chapter on that incident is yet to be concluded, she said.

“What many people tend to ignore is the effect it ends up having on the development of the girls”, Madam Nabere said.

The dangers of sexual abuse were listed as damage of self-confidence, victims suffering lingering life conditions around their reproductive organs, infection of sexually transmitted diseases and unwanted pregnancies.

The NGO called for urgent attention on the matter to allow the Ghanaian girl child enough space to focus on their education.

She made varied recommendations including government with GES setting up a national committee to carry out thorough investigation into widespread reports of sexual abuse in schools.

Such investigation should make more holistic recommendations on how authorities could stop or minimise the act.

Education authorities were also advised to strengthen their supervisory roles in schools to deal rapidly with cases and bring perpetrators to book.

Guidance and Counseling Units in various schools should be equipped with qualified and trusted personnel to educate girls on how to avoid falling prey to sexual attacks.

More so, Madam Anna said, the security agencies and the judiciary are to increase their efforts to fight the canker in proactive and timely manner and hand over harsher punishment to perpetrations.