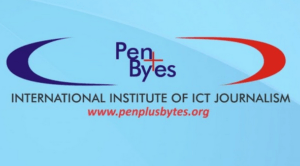 Pensplusbytes, a Non-Profit Organisation has launched a Media Fellowship programme where six fellows from the media could apply for grants to support on-going advocacy for the rights and protection of persons with disabilities.

The Media Fellowship Programe is a component of a project called “Deliver- Amplifying Vulnerable Citizens Voices” to contribute significantly to addressing challenges that persons with disabilities face with regards to access to health, education and economic activities with support from Star-Ghana.

The project would also focus on gender equality and social inclusion issues on persons with disability, which were often relegated to the background by the media, to intensify efforts to make voices of such persons heard on media channels as well as to demand for what was due them as citizens.

Launching the Fellowship programme, at a four-day media training on disability issues for selected journalists from Eastern, Brong-Ahafo, Ashanti and Northern Regions in Koforidua, Mr Kwame Ahiabenu, Executive Director of Pensplusbytes said true governance of any kind must be all inclusive.

He said, as a nation, “we cannot afford to leave behind vulnerable groups such as persons with disabilities and believe we are practising good governance” adding that the Ministry of Health estimated that 5million people were living with disabilities in Ghana, with majority living in the rural areas.

According to the Executive Director, “this means that a significant section of the population in Ghana was excluded from accessing government intervention and benefiting from public goods and services and those persons with disabilities formed a substantial part of the excluded demography whose voices were silent on national issues”.

He explained that the Media training and fellowship was geared towards setting a sustained media agenda to influence policy decisions in delivering public services that take into account consideration the needs of excluded groups like persons with disabilities.