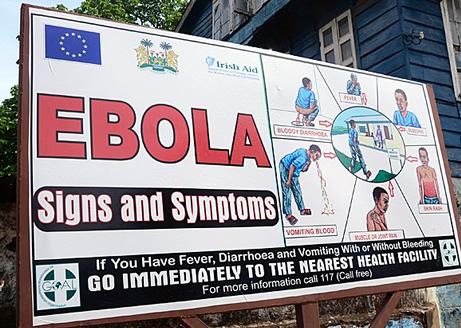 The World Medical Association (WMA) has echoed the call from the World Health Organisation for a vigorous response to the latest Ebola outbreak in the Congo, which has so far caused more than 20 deaths.

A release from the WMA said Dr. Ardis Hoven, Chair of the WMA, speaking at a meeting in Geneva on the 100th anniversary of the Spanish flu pandemic, questioned whether the world was prepared for another pandemic like the Spanish flu.

“One hundred years ago the deadly Spanish flu pandemic killed between 50 and 100 million people in a matter of months. It affected 500 million people around the world. Today, how certain are we that we can protect ourselves from another global virus outbreak?” it quoted Dr. Hoven.

It said a weak health care system allowed the virus to spread in the first place, adding that what was needed to combat the latest epidemic, as well as the threat from future epidemics, was an urgent strengthening of health care systems and increased investment around the world.

Dr. Hoven observed that evidence from the 2016 outbreak had concluded that the adverse impact of Ebola stretched far beyond Ebola cases and deaths, statement said.

She said what the world needs now is increased investment in the health workforce, with well trained and supported health professionals, and this should be accompanied by well supplied health care settings, decent working conditions and a far better global and national surveillance system.

The World Medical Association is the independent confederation of national medical associations with 114 constituent members representing more than ten million physicians acting on behalf of patients and physicians.

The WMA endeavours to achieve the highest possible standards of medical care, ethics, education and health-related human rights for all people.

Ghana imports $99.5m worth of tomatoes every year from Burkina Faso