May 11, 2018 General News Comments Off on Voltic Ghana to scale competition with $6.5m plant 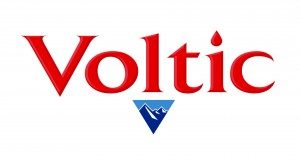 Management of Voltic Ghana, subsidiary of Coca-Cola Beverages Africa (CCBA), says its new $6.5 million Plant at Akwadum, will help to increase supply of its products and enable it to maintain its dominant position in the market.

The company, which became part of the Coca-Cola Beverages Africa (CCBA) in 2016, built the new plant, which has the capacity to produce 24,000 bottles of purified natural water every hour.

Country Sales and Marketing Manager, Raymond Mensah Gbetivi, said Voltic Ghana is focused on increasing production and growing its brand as the ultimate in Ghana.

The fully-automated packaging line, located at Akwadum in the Nsawam/Adoagyiri Municipality, is part of CCBA’s investment in Africa.

Besides, the company also aims to move its franchising further into the rural areas, which currently accounts for 25 per cent of total sales as against 75 per cent for the urban centres.

The franchise agreement enables SMEs across the country to produce, package and sell Cool pack sachet water under stringent quality control measures, where each production facility was monitored against the company’s quality criteria including frequent, unannounced inspections, continuous product testing and quarterly audits.

He said obtaining a franchising with Voltic came with benefits like SME development, high level of employment, economic empowerment and technology transfer, among others.

Currently, Voltic Ghana Limited has 55 Franchisees with 48 sales points creating over 4,000 jobs and with an average daily production of quality sachet water to serve the needs of the market.

These include the packers, loaders, technicians, administrative, sales and marketing staff at the respective production plants.

Mr Gbetivi said the company had invested $26 million into its operations over the last five years, including the new plant.

Voltic Ghana says as part its mission since becoming part of Coca-Cola Beverages Africa; the target has been to become the best Coca-Cola bottler and the most valuable food and beverage company in Ghana.

Also, Voltic Ghana has added new alcoholic and non-alcoholic brands to its fold as part of the strategy to maintain market leadership. The new brands include Happy Hour, Hollandia and Evap Milk. Although these are imported, there are plans to begin production in Ghana, Mr Gbetivi said during the presentation.

Furthermore, a recent partnership with the Campari Group was aimed at spicing up the Voltic Ghana brand portfolio to offer customers products beyond water and soft sparkling drinks, which was also in line with Coca-Cola’s global goal of becoming a total beverage company.

Over the years, Voltic Ghana Limited has invested some of its profits to improving the livelihoods of thousands of Ghanaians through employment and other community investments.

She revealed that the company has set an ambitious target to empower 1,000 women within its value chain by the end of this year, providing accessible water to more than four water stressed schools and manage its post-consumer waste through a series of programmes.

Between 2016 and the first quarter of 2018, Voltic Ghana says it has paid taxes in excess of GH¢100 million, further demonstrating its resolve to contribute to the economic improvement of the country.