Perpetrators of girl lashing in Tamale must be punished – Movement

May 2, 2018 General News Comments Off on Perpetrators of girl lashing in Tamale must be punished – Movement 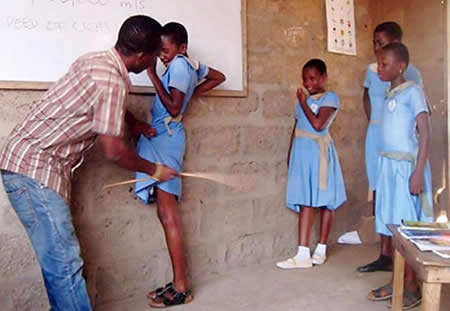 The Youth Action Movement of Planned Parenthood Association of Ghana (PPAG), has called on government to ensure all those involved in lashing a girl at Tamale are dealt with according to the law.

In a video posted on social media, a girl believed to be in her early teens was seen being horse-whipped in public by a young adult while two others held her down because she reported home late.

The movement condemned the barbaric act and reminded the public that the fundamental human rights of the victim has been highly trampled upon and deserve justice for her as enshrined in the Children’s Act 1998.

This was contained in statement signed by Ishmael Selassie, the Youth Programmes Coordinator PPAG and copied to the Ghana News Agency in Accra, on Wednesday.

The statement condemned the constant circulation of the video and described it as unlawful and goes a long way to inflict psychological trauma on the victim and therefore, should be halted.

The movement urged all stakeholders especially parents to endeavour to ensure that the home was safe for the upbringing of all children in dignity and in love.

“As articulated in the United Nations Convention on the Rights of the Childs which was ratified by Ghana in 1990 and the Children’s Act of 1998 (Act 560), physical abuse of children is an infringement of their right which is punishable by Law,” he added.

The statement added that the same UN Convention, Article 19 demands of “State Parties to take all appropriate legislative, social and educational measures to protect the child from all forms of physical or mental violence, injury or abuse, neglect or negligent treatment, maltreatment and exploitation, including sexual abuse…”.

The statement commended the Ministry of Gender, Children and Social Protection as per the directives given out by the Sector Minister for actions to be taken.

It encouraged all Ghanaian youth not to lose hope, but must keep raising the alerts and hold the duty bearers to task to protect and defend the rights of every youth everywhere at always.

“We also want to urge parents to note that their responsibility towards their wards is to protect, provide and care for them at all times”.