May 1, 2018 Africa/International, Lead Story Comments Off on West Africa Power Pool will save region $8b a year – World Bank 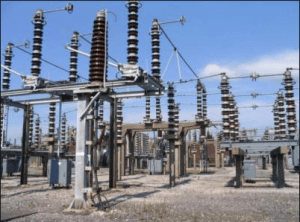 The World Bank says in an article that the West Africa Power Pool (WAPP) when completed can save the region between $5 to $8 billion a year as the countries are able to import cheaper power.

The article noted that access to electricity in West Africa is at 52 per cent, with shortages of up to 80 hours per month, and yet electricity there remains among the costliest in the world, at $0.25 per kilowatt-hour, more than twice the global average.

“Domestic demand in West African countries is often too low to attract investments in large projects that benefit from economies of scale. Instead, these countries rely on small-scale, expensive oil-fired power generation. Lack of planning has led to reliance on emergency rental plants, which further inflates costs,” it added.

The WAPP, a cooperation of 14 countries in the region including Benin, Burkina Faso, Cote d’Ivoire, the Gambia, Ghana, Guinea, Guinea-Bissau, Liberia, Mali, Niger, Nigeria, Senegal, Sierra Leone, and Togo, has 27 national electricity utilities working together with the aim to establish an integrated regional power market.

The Pool will improve electricity access and reliability in West Africa and make it affordable, the article states.

According to the article, currently WAPP is completing the physical interconnections to send power across borders.

“About 7 per cent of the region’s electricity is already traded among the 10 already connected countries. It is anticipated that by early 2020s the most critical cross-border links will be in place, making it possible for electricity to flow throughout West Africa from countries with cheaper, cleaner and more abundant energy resources to those lacking them,” it said.

The World Bank estimates the economic benefits of a regional power market in West Africa at $5-8 billion a year. These benefits come from lower costs of operation which, in turn, reduce generation costs.

Days after the country was downgraded by S&P Ratings Agency to junk status, the Ghana …