IAEA commends Ghana for high commitment to safety at reactor 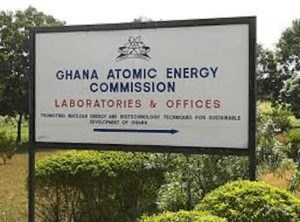 The International Atomic Energy Agency (IAEA) has given Ghana high commendation for demonstrating high commitment for safety at the country’s research reactor.

In a statement copied to ghanabusinessnews.com, the IAEA says the operator of Ghana’s research reactor has demonstrated a high commitment to safety following the conversion of the reactor core to use low enriched uranium (LEU) as fuel instead of high enriched uranium (HEU).

The statement was issued soon after the Integrated Safety Assessment for Research Reactors (INSARR) team from the IAEA concluded a five-day mission in the country to assess the safety of the GHARR-1 research reactor, originally commissioned in 1994.

“The team also made recommendations for further safety enhancements,” the statement said.

“The 30kW reactor, operated by the Ghana Atomic Energy Commission (GAEC) at the National Nuclear Research Institute in the capital Accra, is used primarily for trace element analysis for industrial or agricultural purposes, research, education and training,” the statement explained.

The statement further noted that in 2017, the reactor core was converted in a joint effort by Ghana, the United States and China, with assistance from the IAEA. The IAEA supported the operation to eliminate proliferation risks associated with HEU, while maintaining important scientific research, it added.

Commenting, the team leader, Deshraju Venkat H. Rao, Nuclear Safety Officer at the IAEA, said: “The research reactor’s operator is showing a high commitment to safety and has implemented safety improvements as part of the reactor core conversion. There is a need for further improvements, however, particularly in areas related to organizational measures, safety documentation, and operational safety, including radiation protection aspects.”

According to the statement, the four-member team comprised experts from France, Jamaica and the United States as well as the IAEA.

“The mission covered organizational and management aspects as well as technical areas including the core conversion, safety assessment, training and qualification of operating personnel, operation and maintenance programmes, radiation protection, and emergency preparedness. The team visited the reactor and associated facilities, and met with GAEC officials,” it added.

Kwame Adade, an information technology expert, on Wednesday appeared before an Accra Circuit Court for …