Partnering the private sector could propel Ghana’s Economy – Board Chairman 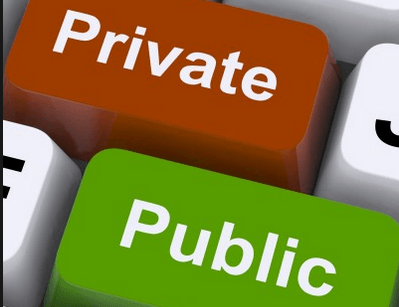 The Board chairman of the Nine Business Styles (9BS) Group, Nana Professor Osei K. Darkwa has stated that the government partnering the private sector could help propel Ghana’s  economy to  greater heights.

He said, there was the need for government and the private sector to work harmoniously to help address poverty, illiteracy, unemployment and other social challenges facing the country.

The Board Chairman explained that his group could offer the people in the Eastern Region support in project financing, technical and advisory support.

Prof. Darkwa said this when he addressed participants at the 9BS development and investment forum at Koforidua.

The forum was on the theme, “Investment opportunities in the Eastern Region: The role of the private sector’’.

The forum was designed to improve ways that the company could work with stakeholders to enable them achieve some of their developmental goals.

The 9BS which believes in business networking is involved in several businesses and has branches and partners in Accra, France, Hong Kong and China.

He said traditionally citizens view the provision of public infrastructure and services as the sole responsibility of government and noted that that cannot be the always.

He said the country had over the years formulated good development policies and programmes, but due to weak implementation and over reliance on the central government machinery, the needed results had not been achieved.

He said it is estimated that the government would need $1.5 billion annually over the next decade, to address the infrastructure deficit of the country.

Prof. Darkwa said 9BS will liaise with the Regional Coordinating Council and look at proposals that range from government’s priority and find ways to work with the proposals.

He said his outfit will also look at proposals from other groups such as Non-Governmental Organizations (NGO’s), Civil Society Organizations and community based groups with viable initiatives and once they find the project viable and forms under their social responsibility they will be able to work to ensure that projects come to reality.

The Eastern Regional Minister, Mr Eric Kwakye Darfour, said the region is always prepared for investment and said, when he assumed office, he contracted people to undertake profile of every district to identify potential investment opportunities in those areas to guide potential investors in the region.

The Executive Chairman of 9BS Group, Mr Wabadang Vairi said as part of the company’s social responsibility, they will construct 10 boreholes, six libraries and four hospitals across the Eastern Region.