March 26, 2018 Tourism Comments Off on Kempinski Hotel adjudged five-star hotel of the year 2017 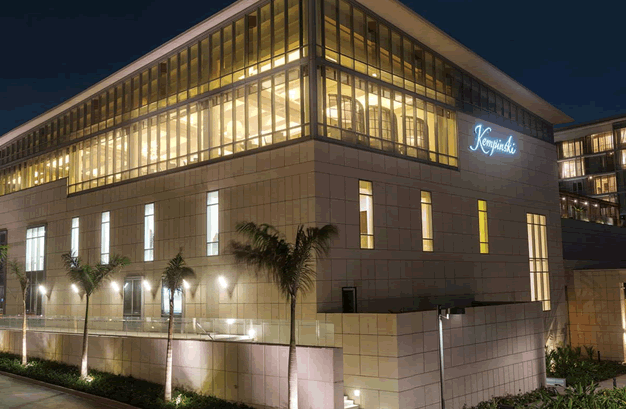 Kempinski Hotel has been adjudged the Five-Star Hotel of the Year 2017 at the 13th Edition of the National Tourism Awards.

The awards ceremony, organised by the Ghana Tourism Authority, on the theme: “Promoting Responsible Tourism,” presented 27 competitive and honorary awards to individuals and organisations who have made immense contributions to the growth and development of Ghana’s tourism industry.

The ceremony, held at the Accra International Conference Centre, was graced by industry players, government officials, traditional rulers and heads of diplomatic missions.

Mrs Catherine Abelema Afeku, the Minister of Tourism, Arts and Culture, said the awards aimed to instil an industry-wide service culture that squarely matched prevailing global standards and made the sector truly competitive.

She said tourism was a major pillar of the economy and it was expected to be one of the key drivers of Ghana’s socio-economic transformation through the creation of jobs, foreign exchange receipts, urban regeneration and the stimulation of local manufacturing to meet the diverse needs of the sector.

Mrs Afeku said government’s unwavering commitment to the sector is reflected in the unprecedented increase in its 2018 budgetary allocation.

She said the Government had outlined many product development initiatives to upgrade tourism sites and enhance visitor experience, restored tax incentives for investment into the sector and undertaken robust marketing campaigns and strategic partnerships to accelerate development.

“Again the introduction of the Single Widow Destination Project reaffirms Government’s commitment to promoting excellence in the tourism industry. The Project, when fully operational, will provide a consolidative portal to measure tourism’s contribution to the economy and also assist SMEs in the tourism business to become visible to the world.

“I am confident that President Nana Addo Dankwa Akufo-Addo’s vision for the tourism sector can be achieved and the full benefits of a robust sector thriving tourism sector realised across the span of the entire value chain,” she said.

Mrs Afeku called for the end of open defecation at tourist sites and in communities.

She congratulated the award winners for their diligence and hard work and urged them to continue to make excellence their hallmark and play their critical roles to create a professional service culture in the tourism sector.

Nana Kodwo Conduah VI, Omanhene of Edina Traditional Area, who was the Guest of Honour, said the tourism industry was the fastest growing industry worldwide, with Ghana being the centre of the world.

He said it required diligence, professionalism, innovation, creativity to remain above the competition and satisfy the growing and diverse pace of tourism business.

He called on the Ministry of Tourism, Arts and Culture, the Ghana Tourism Authority and industry players to be mindful of the global competitive nature of tourism and endeavour to offer products and services that could match international quality and standards.

He said it was also to raise standards and encourage healthy competition among industry players with a view to positioning tourism as a vibrant economic sector and consolidate the country’s position as a preferred tourist destination.