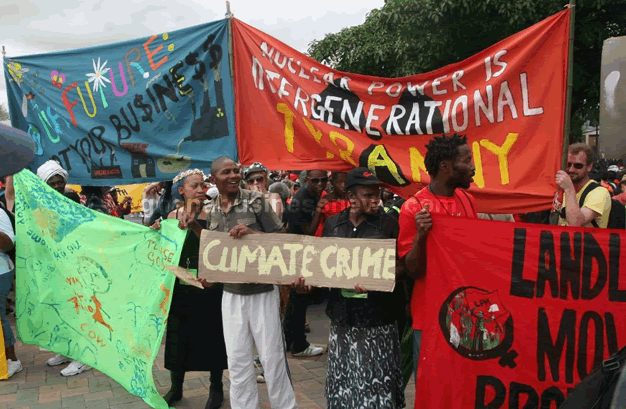 Civil society organisations (CSOs) and allies have expressed concern over the passage of a Bill in Poland that will prevent environmental rights defenders to protest against detrimental climate change policies during COP24 in Poland in December 2018.

The Bill was passed on specific solutions related to the organisation of the session of the Conference of the Parties to the United Nations Framework Convention on Climate Change (COP24) in the Polish Parliament.

A release signed by Neha Gupta, the Information and Communications Officer of the Asia Pacific Forum on Women, Law and Development, and copied to the GNA, said over 116 CSOs have expressed concern over the passage of the Bill.

The Bill would give power to the Polish Government to subject human rights defenders to state-led surveillance including access and storing all personal information.

The new Act sets a dangerous precedent and, therefore, the CSOs have demanded that the Act should be repealed to aid in upholding human rights.

Noelene Nabulivou, Diva for Equality and Pacific Partnerships on Gender, Climate Change, and Sustainable Development from Fiji, says: “We are concerned that the climate negotiations will be a farce if they are conducted in an atmosphere of fear, threat and intimidation.

“People of the Pacific are already facing loss and damage to ourselves and our environment.

“Meanwhile we are working to change social, economic and environmental models that are damaging people and the planet. So the last thing we want to see at this time is a roll back on state commitments to civic freedom and climate change action.”

Alma Sinumlag of the Cordillera Women’s Education Action Research Centre  in the Philippines said: “I have participated and protested at COP before and never felt threatened. I am deeply concerned that environmental defenders, especially indigenous women, urban poor and rural women human rights defenders from every region of the world who plan to participate in COP24 this year in Poland will face great risks”.

Sascha Gabizon, WECF International based in the Netherlands said: “The Bill infringes on the European Convention on Human Rights and sets a dangerous precedent that undermines the basic human rights and fundamental freedoms outlined therein, particularly the right to freedom of peaceful assembly, association and of speech”.

The CSOs demanded the Polish Government to repeal the harmful Act, reminding the Government of Poland to uphold their legal and human rights obligations as set out in the European Convention of Human Rights and International Covenant on Civil and Political Rights.

“We also urge the United Nations, Fiji Presidency of 2017, Talanoa Dialogue and Constituencies to take action to redress this issue urgently,” the release said.

The Asia Pacific Forum on Women, Law and Development is a network of more than 200 organisations and activists working in 27 countries in the Asia Pacific Region.

The forum had engaged in 30 years of advocacy, activism and movement building to advance women’s human rights, development and justice.