March 15, 2018 Africa/International Comments Off on IAS announces San Francisco and Oakland as host cities for AIDS 2020 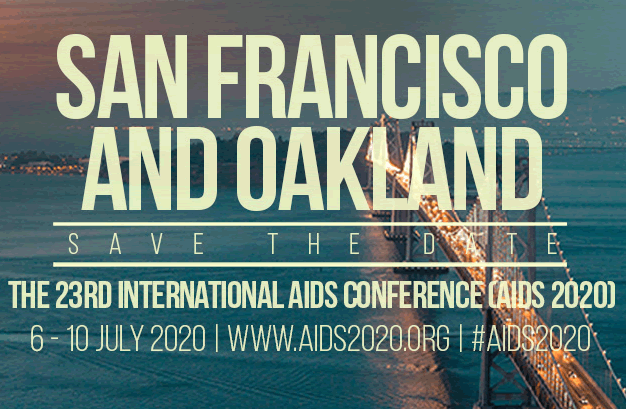 Two United States cities, San Francisco and Oakland will host the 23rd International AIDS Conference (AIDS 2020), the International AIDS Society (IAS) announced Wednesday March 13, 2018 in a press release copied to ghanabusinessnews.com. The conference is returning to San Francisco where the sixth edition was held 30 years ago, and it is the city where the disease was first discovered.

According to the IAS the largest gathering on HIV and AIDS in the world will be held from July 6 to 10 2020. It is expected to be attended by some 15,000 participants from aound the world.

Commenting, the US Democratic Leader, Nancy Pelosi said, “San Francisco is an inseparable part of the story of HIV/AIDS. It is fitting and deeply inspiring that advocates, researchers and survivors will return to the Bay Area for the 2020 International AIDS Conference.”

Congresswoman Barbara Lee said. “While San Francisco and Oakland emerged as an early epicentre of the crisis, these cities have also been a hub for AIDS activism, research and community support. It’s fitting that with an end to AIDS on the horizon, the International AIDS Conference will return to the Bay Area for the first time in 30 years.

“As the federal representative to the East Bay and co-chair of the Congressional HIV/AIDS Caucus, I am pleased that this conference will shine a light on the groundbreaking HIV/AIDS advocacy and research taking place in Oakland,” she said.

Adding his voice, Anton Pozniak, IAS President-Elect and AIDS 2020 International Chair, said. “It is long overdue that the conference returns to the San Francisco and Oakland area. The significant role these two cities have played in the history of HIV in the US for the past 30 years is unparalleled.

The partnership of San Francisco and Oakland hosting AIDS 2020 serves as an apt metaphor for the global effort to end HIV – working together across political and social divides to achieve our goal of ending this pandemic.”

The IAS leads collective action on every front of the global HIV response through its membership base, scientific authority and convening power. Founded in 1988, the IAS is the world’s largest association of HIV professionals, with members from more than 180 countries working on all fronts of the global response to HIV, the organisation says.