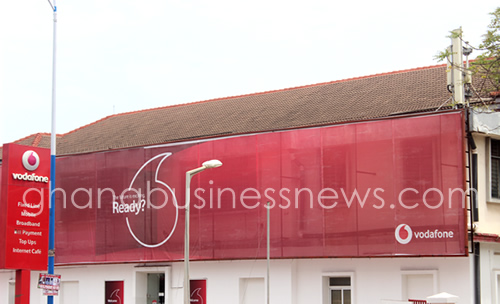 The Accra High Court, Commercial Division, hearing the transfer pricing case between Vodafone Ghana and the Ghana Revenue Authority (GRA) has struck out the case today, Tuesday March 13, 2018, ending what would have been a high profile tax case, bringing finality to the legal battle that started in September 2017.

The court’s decision follows a Notice of Discontinuation of Action filed by Vodafone Ghana – the complainant.

The telecoms company claims its decision has been due to a fruitful negotiation with the GRA, but neither party would say what agreement they reached, the notice of discontinuation of action obtained by ghanabusinessnews.com, also gives no reasons. It simply says “TAKE NOTICE that the Applicant hereby discontinues this action.”

Some legal sources close to both parties however say the talks have been positive. The court presided over by Justice George Koomson, therefore struck out the case.

Vodafone Ghana filed a motion at the Court against the GRA disputing tax assessments of GH¢160 million. 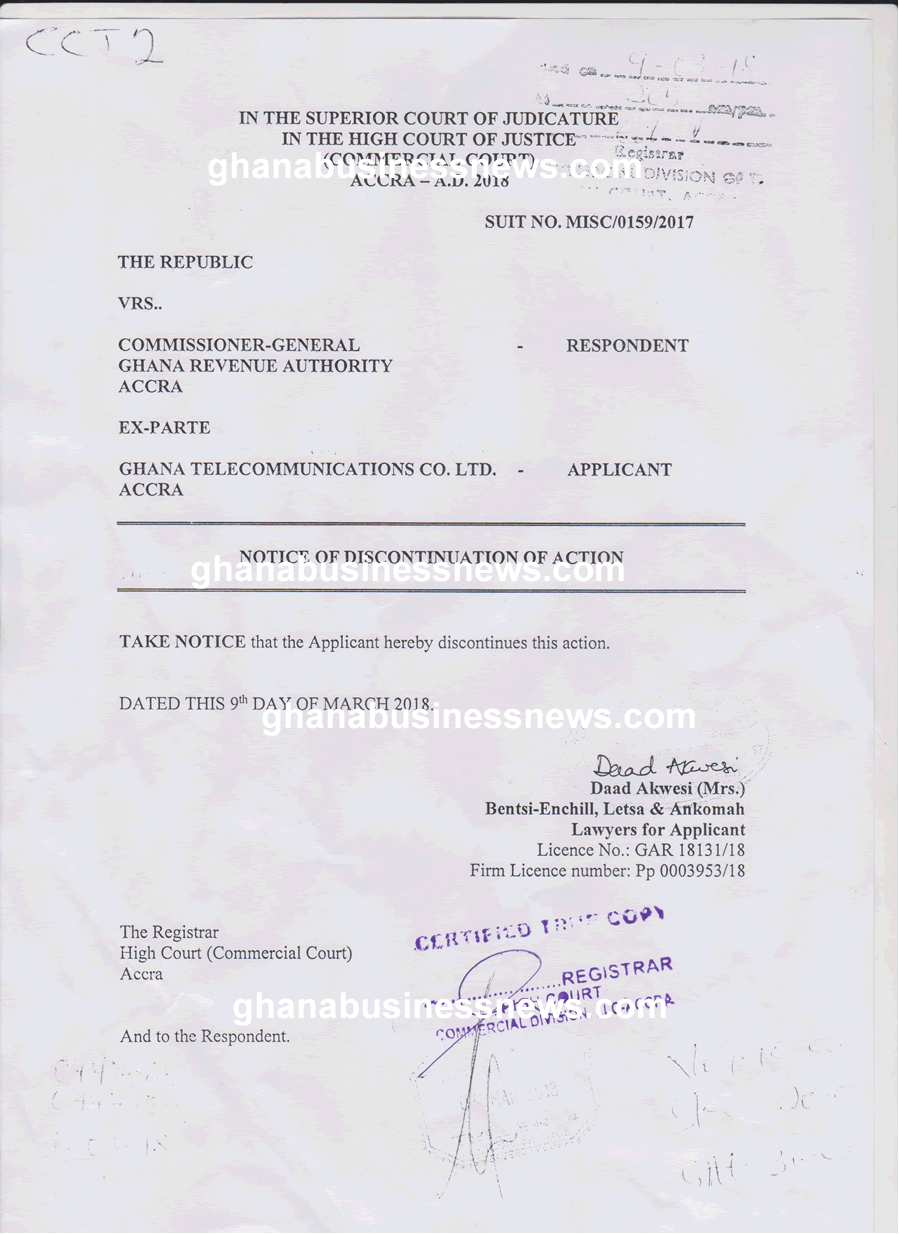 The GRA therefore assessed Vodafone’s turnover for a three-year period amounting to GH¢540 million, and imposed tax liabilities of GH¢162 million on it, but Vodafone disputed the tax assessment. The laws on taxation however requires that while a taxpayer disputes tax liabilities demanded by the tax authorities, it should pay 30 per cent of the stated assessment while negotiations continue, but Vodafone refused to pay the said 30 per cent in lieu of any further discussions on the amount being demanded and accused the tax agency of extortion.

But even before the substantive case could be heard, Vodafone filed an amendment to its original writ, stating; “Take Notice that this Honourable Court will be moved by counsel for the Applicant/Applicant (“Applicant”) herein for an order granting leave to: vary/modify the reliefs sought in this suit to read as follows: An order of certiorari, bringing up and quashing the decision of the Respondent dated 4th October 2017 refusing the Applicant’s request for a waiver of the payment of the 30 per cent of the disputed assessment pending the objection determination, on the grounds that the decision resulted from an improper exercise of the discretion vested in the Respondent by section 42 (6) of the Revenue Administration Act, 2016 (Act 915) and in contravention of article 296(a) and 9b) of the Constitution, 1992”.

Vodafone has alleged arbitrariness and harassment on the part of GRA, but the GRA has denied the accusations.

When the Court sat on March 8, 2018 to hear the case, Counsel for Vodafone Ghana, Kwesi Fynn told the court that he had the instructions of his clients to discontinue the case against GRA. Vodafone filed the notice Friday March 9, 2018.

Copyright ©2018 by Creative Imaginations Publicity
All rights reserved. This news item  or any portion thereof may not be reproduced or used in any manner whatsoever without the express written permission of the publisher except for the use of brief quotations in reviews.