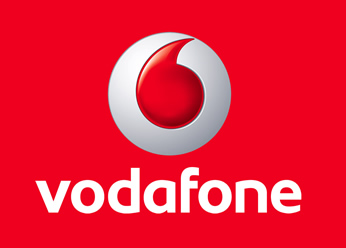 Vodafone Ghana has filed a motion at the High Court of Justice, Commercial Division in Accra, against the Ghana Revenue Authority (GRA) disputing tax assessments of GH¢160 million, according to the Writ obtained by ghanabusinessnews.com. The GRA has asked Vodafone to pay 30 per cent of the stated assessment while negotiations continue, which is what the law says, but Vodafone says it won’t pay and has requested a waiver from the Commissioner-General.

The telecoms provider is asking the court to compel the Commissioner-General to determine its request for a waiver of the said payment of the 30 per cent of the amount which is to the tune of GH¢49 million. The Court will sit on Wednesday October 11, 2017.

Officials of Vodafone Ghana told ghanabusinessnews.com, that they perceive the conducts of the GRA in assessing the company’s tax obligations as arbitrary and harassment.

In response to the allegations, the Director of Communications at the GRA, Kwasi Bobbie-Ansah told ghanabusinessnews.com that the GRA does not operate outside the law.

“If we destroy businesses, how do we collect taxes?” He asked, adding, “we do not act illegally.”

Vodafone officials said in interviews with ghanabusinessnews.com, that they believe the GRA is misapplying the law – a section of the Revenue Administration Act in an arbitrary manner against it. 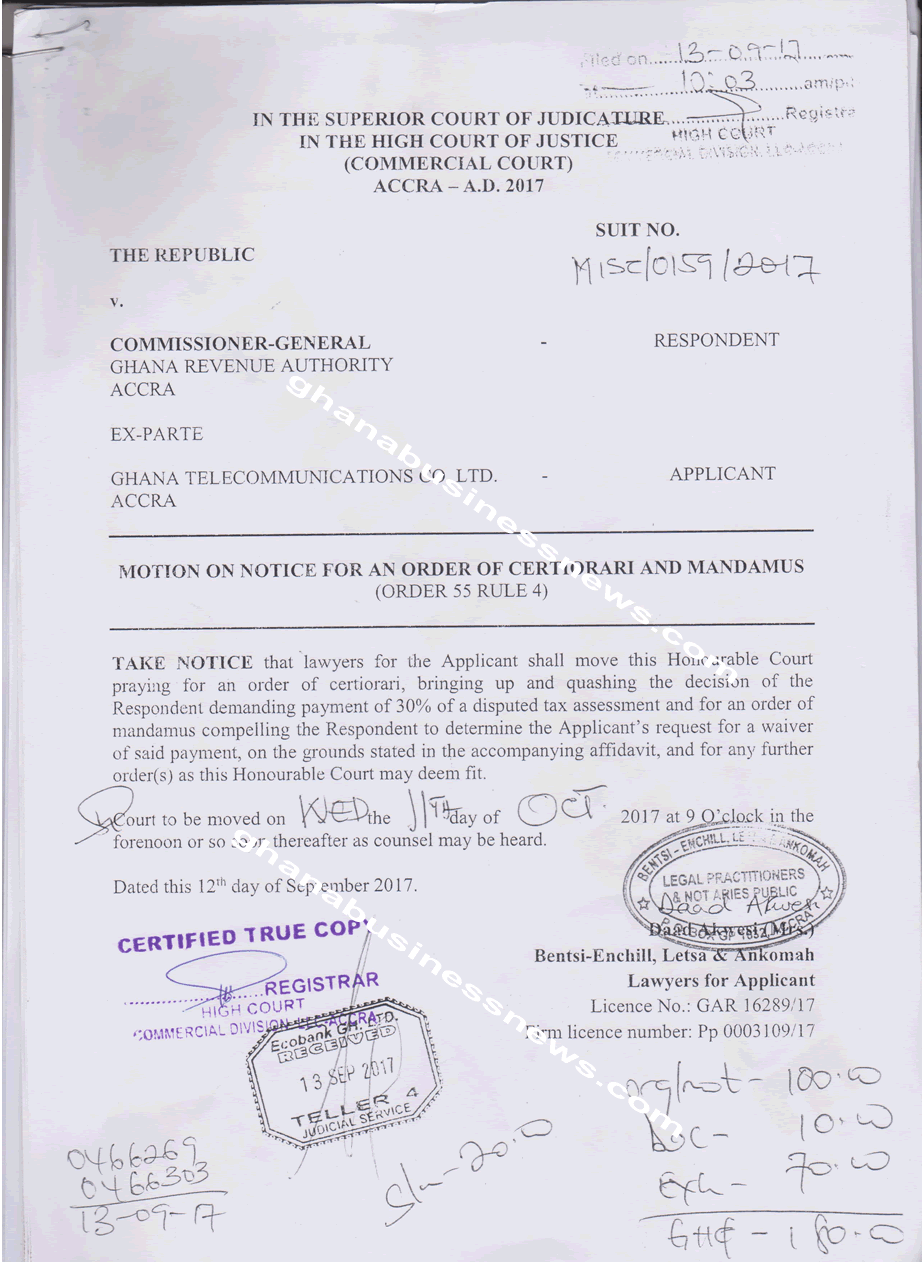 Meanwhile, last month The National Communications Backbone Company (NCBC), a subsidiary of Vodafone, paid 30 per cent of its debt to the GRA amounting to GH¢9 million. It will be recalled that NCBC raised issues concerning the tax audit that was conducted, and in conformity with the Revenue Administration Act, the company was required to pay 30 per cent of the liability before negotiations.

NCBC defaulted in paying its capital gains tax, our sources said. This compelled the GRA to serve the company a distress order in June, in addition to a warning that it will sell the company’s assets within fourteen days, if the arrears were not cleared.

A tax expert who spoke to ghanabusinessnews.com is of the view that the GRA might be using that section of the law in its efforts to meet its revenue targets.

The Revenue Administration Act (ACT 915) Section 42 (5) (b) says: An objection against a tax decision shall not be entertained unless the person has (a) in the case of import duties and taxes, paid all outstanding taxes including 30 per cent of tax in dispute.

Our investigations found that the GRA has assessed Vodafone Ghana’s tax liabilities based on its accrued interest after the audit. But Vodafone Ghana says it is indebted to Vodafone Group to the tune of some $500 million with interest accruing at 9 per cent since 2008.

But the GRA is of the view that it is only enforcing the law and Vodafone should pay the required 30 per cent of the stated amount while negotiations continue. But Vodafone says it won’t pay.

The law also, provides for companies who dispute the tax assessment of the Authority to write to the Commissioner to intervene.

“We have written to the Commissioner who has the power to either waive or reduce the taxes using his discretion. But he has indicated to us that he is yet to consider a decision on the matter. This position leaves us in a legal limbo, and that’s why we are seeking an injunction,” one Vodafone official said.

While, Bobie-Ansah has confirmed to ghanabusinessnews.com that the Authority has received the writ and is preparing to respond, he would not say more.

The GRA and Vodafone Ghana have had long standing issues over taxation. The company says it has not been making profits since 2009. Vodafone bought 70 per cent stake in Ghana Telecoms for $900 million in July 2008. At the time of the transaction, Ghana Telecoms was the third largest mobile carrier in Ghana, with 1.4 million customers and a one-third market share, and a fixed-line service. The company also operated a fibre optic network that covered Accra – the network was included in the deal.

Since the deal was closed, the Ghana government has failed to pay its financial obligation for the 30 per cent share in Vodafone.

He indicated that the debts were mainly the principal and interest charges on a $550 million investment from the Vodafone Group and a $240 million loan from the World Bank’s IFC.

Gomado said Ghana’s failure to meet its obligations had resulted in accumulation of debt because of growing interest charges on the investment loans. He also noted that Vodafone Ghana has not declared profit since its launch.

“As we speak today, we are not making any profit before taxes … we invested $1.2 billion, most of which is accruing interest and at the end of the day that puts our pre-tax profit in negative.

“We’ve grown and improved quality and profitability of the business, but as of now I don’t think we are able to list because there are certain balance sheet issues that we’ve been discussing with the government in the past three years that needs to be resolved,” Gomado said.

There is also suspicion among industry watchers that Vodafone has been remitting its mother company, Vodafone Group secretly, but the company has strongly denied this.

As at April 2017, Vodafone Ghana has approximately more than 8.6 million subscribers on its network, and has 24 per cent market share.

Copyright ©2017 by Creative Imaginations Publicity
All rights reserved. This news item  or any portion thereof may not be reproduced or used in any manner whatsoever without the express written permission of the publisher except for the use of brief quotations in reviews.

Is Maxwell Konadu the only one not seeing the obvious?