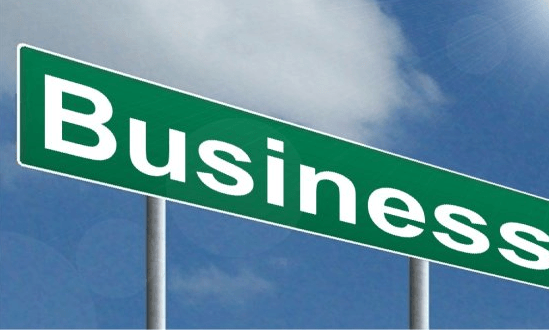 The Ghanaian private sector recorded a sustained improvement in business conditions in January. This means that the operating conditions for businesses in the country have seen consistent growth for the past two years. This was contained in the January 2018 edition of the Standard Bank Purchasing Managers Index (PMI), released in Accra last week. The report also revealed that, although the growth rate decreased in January 2018 , it was still indicative of growth.

The drop in the rate of growth was largely a result of the slow rise in output. In those instances where output rose, the increments were attributed to increase in new orders and thus preparations for the launches of new products. The report further indicates that good quality were integral or instrumental to the accelerated growth that new orders received for the month of January.

The report also revealed that with the increase in new business, a second time increase in the backlogs of work for the past three months was recorded. A corresponding increase was seen in the rate of job creation even though the figure that was recorded was lower than that of December. This increase was attributed to the increment in output requirements that caused companies to hire more people. The increment, the report revealed, had led to the fastest rate of staff costs recorded since the month of May 2017. Companies were seen to offset these high cost burdens by increasing selling.

“After improving at a really strong pace for most of 2017, the Ghanaian private sector’s growth slowed moderately in January. However, at 52.6 the headline PMI still indicates that business conditions remain healthy in Ghana. It is our expectation that the economy should continue benefitting from expansion in oil production as well as a more favourable credit environment. As such, we expect that the economy should grow by at least 7.0% over the course of the next two years. The non-oil sector should start benefitting from easier monetary conditions after the Bank of Ghana delivered over 500 bps worth of cuts to the policy rate in 2017. As such, private sector credit growth should rebound towards the 25% region from 13.7% in each of the last two years. Perhaps uncertainties around the possible consolidation of the banking sector ahead of the increase in minimum capital requirements may have played a role in dampening credit appetite.”

The Standard Bank Ghana PMI also recorded that the month of January was the second month in a row where the rate of expansion in purchasing activity lessened. Furthermore, there was a concrete increase in input buying amid improving client demand. Similarly, stocks of purchases continued to increase, but at a reduced pace. A reduction in lead times was also reported as suppliers increased supply quantities and requested for faster deliveries.

The Stanbic Bank Ghana Purchasing Managers’ Index is based on data compiled from monthly replies to questionnaires sent to purchasing executives in approximately 400 private sector companies, which have been carefully selected to accurately represent the true structure of the Ghanaian economy, including agriculture, construction, industry, services and wholesale & retail. The panel is stratified by GDP and company workforce size. Survey responses reflect the change, if any, in the current month compared to the previous month based on data collected mid-month.

For each of the indicators the ‘Report’ shows the percentage reporting each response, the net difference between the number of higher/better responses and lower/worse responses, and the summary unadjusted and seasonally adjusted values. The unadjusted summary value is calculated as the sum of the positive responses plus a half of those responding ‘the same’.