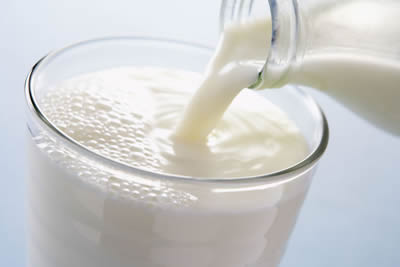 A new research indicates that cockroach milk can be transformed into a food supplement worthy of human consumption in future.

“Protein crystals in cockroaches have a whopping three times the energy of an equivalent mass of buffalo milk and about four times the equivalent of cow’s milk” said Leonard Chavas, one of the scientists behind the research, in a report available to the Ghana News Agency.

The scientists revealed that the insect’s liquid takes the form of protein crystals in the guts of baby cockroaches.

“The Pacific Beetle Cockroach feeds its bug babies a formula which is remarkably rich in protein, fat and sugar and was found to be complete food. The proteins in the particular species of the insect have high energy content that it helps infants within this unique species grow much bigger than cockroach babies of other species.”

In September 2017, a report released by the United Nations ranked Africa as the second continent with the highest number of chronic hunger in the world.

The report said out of the 815m undernourished people globally, 243m were from Africa, and 520m from Asia, which was ranked first. In Africa, East Africa was hit hardest on the continent, with a prevalence of 33.9 per cent.

Proteins are an important building block of bones, muscles, cartilage, skin and blood. Along with fat and carbohydrates, protein is a “macronutrient,” meaning that the body needs relatively large amounts of it.

In Kenya, a majority of the population source their proteins from eating beef (which is the most preferred meat) at sixty six per cent followed by mutton and goat meat at 13 per cent, poultry (three per cent) and pig (two per cent). Other types of food rich in proteins account for the other 15 per cent.

In Ghana, total fish consumption is in the order of one million metric tonnes. Whereas Ghana produces about 400,000 tonnes, it imports up to 600,000 tonnes of fish worth US$ 200 million per annum, according to a Food and Agriculture Organisation (FAO) 2016 report, making the country a major fish-consuming nation.

Meat is consumed regularly across the demographic spectrum by the rural poor and the urban rich by young and the old in all regions.

Chavas and his team of scientists behind the research are now trying to control this new phenomenon in a much easier way so as to bring it under mass production.

Cockroaches are on demand in pharmaceuticals in China who believe the insects can be used to cure stomach, liver and heart ailments.

Smallholder farmers in Kenya, Ghana and on the African continent could take advantage of this new discovery to rear the insects as a new economic activity to generate income and sustain livelihood.