Home / Africa/International / Non-oil exports from Africa to US under AGOA reaches $4.2b, bilateral trade grows to $38.5b

Non-oil exports from Africa to US under AGOA reaches $4.2b, bilateral trade grows to $38.5b

February 13, 2018 Africa/International, Lead Story Comments Off on Non-oil exports from Africa to US under AGOA reaches $4.2b, bilateral trade grows to $38.5b 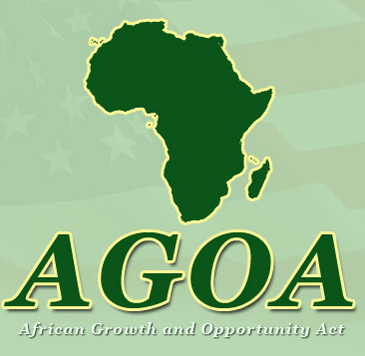 ….US says working to make trade with Africa more reciprocal

Despite the huge trade deficit between the United States and African countries, a US government official says the country is working to make trade with the continent more reciprocal.

Speaking to journalists during a teleconference Tuesday February 13, 2018, Harry Sullivan, the Bureau of African Affairs Acting Director for Economic and Regional Affairs said US exports to Africa increased 4 per cent to $13.1 billion, while African exports to the US grew by more than 24 per cent to more than $24 billion. Oil exports, he said, accounts for the increase.

He said different countries are taking advantage of the African Growth and Opportunity Act (AGOA) and they are diversifying their exports to the US.

He noted that AGOA is the cornerstone of US trade with Africa. The AGOA legislation was passed in 2001.

Under AGOA, he adds, export of agriculture products from African countries to the US rose 10 per cent to $2.7 billion in 2017.

Ghana which is one of the beneficiary countries under AGOA hasn’t been doing well under the scheme until recently.

Mr. Sullivan indicated that between 2016 and 2017, the country’s exports to the US more than doubled and exports under AGOA more than quadrupled to more than $300 million.

Madagascar registered growth in garment exports under AGOA by more than 57 per cent to $152 million and Ethiopian exports to the US under AGOA rose 35 per cent to $92 million.

There are currently, approximately 40 AGOA eligible countries in Africa.

Mr. Sullivan stated that the US is working to expand trade and investment in Africa, noting that the figures only scratch the surface of the potential of US African trade.

He pointed out that the US is working with countries to help them reduce impediments to trade, strengthening their enabling environment for investment and putting in place the right ingredients for the private sector to grow – both domestic African private sector and foreign investment.

The USAID is helping African countries to remove trade and investment barriers that have limited the benefits of AGOA as well as impeding intra-Africa trade, he said.

Copyright ©2018 by Creative Imaginations Publicity
All rights reserved. This news item, or any portion thereof may not be reproduced or used in any manner whatsoever without the express written permission of the publisher except for the use of brief quotations in reviews.