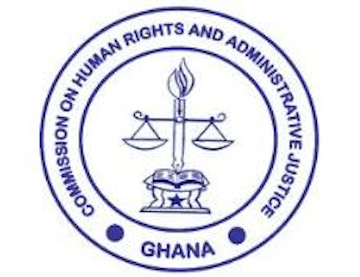 The Western Regional Office of the Commission for Human Rights and Administrative Justice (CHRAJ) continue to record high rates of non-maintenance of children in some districts.

Nana Jomfoah Amua-Sekyi, CHRAJ Regional Director, who made this known to the Ghana news Agency (GNA) in an interview in Takoradi, said last year the Enchi district recorded the highest of 59 cases followed by Sefwi Wiawso with 27, with Tarkwa recording 24 cases.

Nana Amua-sekyi said in the same period, the Commission recorded 58 cases related to non-maintenance of spouses in seven operational districts.

The Regional CHRAJ Director expressed worry about the number of human rights complaints received during the period stressing that Enchi district had the highest number of 162 cases, with Sefwi Wiawso recording 126 cases, while Bibiani had 116 cases.

The Axim district recorded 87 cases, Asankragua 70, with Tarkwa recording 64, while Takoradi had 60 cases.

The Regional Director explained that, out of the number, the Commission was able to close 778 of the cases with 92 cases pending.

Nana Amua-Sekyi expressed worry that the Commission had only 11 operational districts out of the 22 districts of the Region and noted that inadequate number of staff made it difficult for the Commission to ensure that issues of human rights and administrative justice were efficiently dealt with.

Mr Ammishaddai Owusu-Amoah, the Commissioner General of the Ghana Revenue Authority (GRA), has called on …