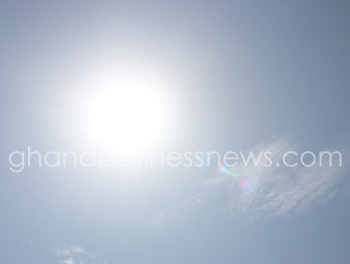 Atmospheric heat in the southern part of the country has increased as a result of cloud formation.

“The south is now having some cloud formation. The clouds trap heat at night by serving as a shield, and this increases temperatures in the south at night,” the Ghana Meteorological Agency (GMA) has said.

Mr Tettey Portuphy, the Head of the Forecasting Session of the GMA, told the Ghana News Agency on Tuesday that the country was currently still in the harmattan or dry season, with the northern part experiencing more severe harmattan conditions than the south.

He said within the past three weeks there had hardly been rainfall in any part of the country, apart from a town in the Ashanti Region, which recorded some rains.

Mr Portuphy said from mid-February a few cases of rainfall could be expected within some areas in southern Ghana and the Middle-Belt, but said northern Ghana, however, could not expect the same as it would continue to have dry weather.

He said the country would have the highest temperatures in March as the sun moved towards the northern hemisphere.

Mr Portuphy said the current weather caused water bodies such as rivers and lakes to dry up because whilst massive evaporation took place, there was no rain-fall to fill-up those bodies.

He said with the on-set of the rainy season, which was expected around April, natural water bodies would swell up once again.