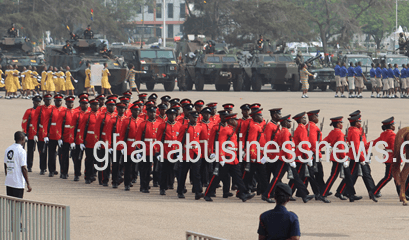 The Ghana Armed Forces (GAF) has cautioned the public against a recruitment and enlistment scam of potential applicants into the Force on social media platforms.

The GAF said such information suggesting recruitment and enrolment into the Armed Forces was ‘fake’ and ‘false.’

In a statement signed by Colonel E. Aggrey-Quashie, the Director of Public Relations of the Ghana Armed Forces and copied to the Ghana News Agency, said no organisation or individuals, including soldiers have been contracted as intermediaries or recruiting agents.

It said the GAF would like to advise the public not to pay for any such forms as those involved were fraudsters.

The GAF also called urged the public to support them by reporting such fraud intermediaries, be it soldiers, to any Police Station or Military installations for their immediate arrest.

The GAF said it did all its enlistments and recruitments applications online, using specially designed scratch cards, and not forms.

“We wish to assure the general public that anytime recruitment into the GAF is due, it will be published in the National Dailies like the Ghanaian Times, Daily Graphic, as well as the Ghana News Agency and the GAF website ‘www.gaf.mil.gh’”, it said.

“Once again, GAF wishes to remind the general public that it is not engaged in any recruitment exercise at this material time, therefore, they should disregard the fake advertisement circulating in order not to fall prey to any fraudsters,” it added.