AGI urges government to stop malpractices at the port

February 5, 2018 General News Comments Off on AGI urges government to stop malpractices at the port 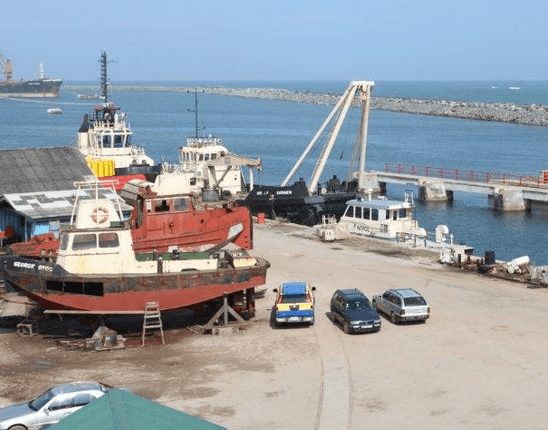 The Association of Ghana Industries (AGI) has called on government to quickly take steps to stop various trade malpractices and revenue leakages at the ports.

Dr Yaw Adu Gyamfi, the President of the AGI, said hundreds of millions of dollars’ worth of imports continue to slip through the Tema port, especially without proper valuation.

Dr Gyamfi was speaking at a press conference on the irregularities at the ports, which includes under invoicing and under declaration, in Accra.

He commended government for the reforms introduced to ensure efficiency at the ports, seeking to promote manufacturing and competitiveness of the local industry.

He said efforts by government to sanitize port procedures through the recent introduced paperless system and Single Window at the port have come under serious threat from cartels, which continue to wreck the nation.

He said the AGI would continue to endorse the paperless system as a major initiative by government to ease doing business in Ghana.

He said paying taxes was mandatory, yet some criminal minded importers have found cunning ways to evade taxes and duties through the connivance with some revenue officials at the ports.

He said these practices at the ports, which have been perpetrated for years, threaten government’s major policies such as the one district, one factory, as well as plans to create an

industrialized economy and reduce unemployment levels in the country.

The President said in 2016, the Ghana Revenue Authority, Customs Division, missed its annual revenue target by 4.6 per cent and out of the GH¢10.82 billion target in 2016, Customs only managed to collect GH¢10.33 billion, a shortfall of GH¢495.84 million.

“Also in 2017, the GRA missed its revenue target by 9 per cent, although the Division was tasked to collect GH¢13.94 billion for that year, data from the GRA showed that it only managed to collect GH¢12.69 billion, representing a shortfall of GH¢1.25 billion,” he added.

He said it was one of the major reasons, why the manufacturing sub-sector, which represented a critical mass of the real sector of the economy, continued to underperform, registering an average growth rate of 1.8 per cent over the last four years.

He expressed the hope that government would inaugurate the Ghana International Trade Commission to address some of these malpractices in the system.

Mr Kofi Nsiah-Opoku, a member of the AGI, who has been directly affected, said the situation had compelled him to cut the labour size, to avert a complete shutdown of his business.