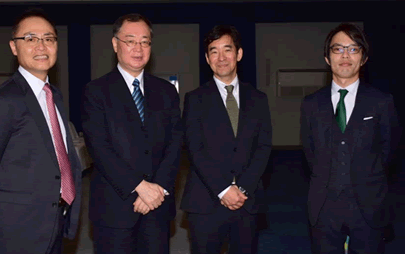 The government of Japan, through the Japan Productivity Centre (JPC) wants to accompany African companies in their productivity journey. It is in this bid that the JPC has initiated the Model Companies project to inspire businesses to adopt Kaizen techniques and embark on a continuous improvement programme that could enable them to be sustainable.

Three companies selected by the JPC in Mauritius are now to be shown to African companies in an effort to inspire them and assist them in increasing their productivity.

The Model Companies project culminated with a seminar on Friday January 26, 2017 on the theme “Japanese Kaizen concept for productivity improvement in Mauritian companies” in Mauritius. The JPC partnered with the National Productivity and Competitiveness Council (NPCC) in Mauritius on the project.

The Japanese experts were engaged in the application of Kaizen and lean management techniques and conducting training for middle managers and supervisors of the Model Companies. The three local companies that were selected under this project are Axess, Scomat and Rey & Lenferna.

The three companies were invited during the seminar to showcase the positive transformation that they have experienced with the guidance and training of the JPC and the NPCC.

The purpose of the workshop was to share the achievements and experiences of the three companies. These companies have successfully embedded the 5S and Kaizen philosophy.

According to Mr. Dev Appalswamy, Officer In Charge of the NPCC, in one of the companies, customer waiting time reduced by 56 per cent and productivity improved by 40 per cent with an enhanced layout while in another company, there has been a reduction in rework amounting to savings of about Rs 300,000 per month as well as space optimization in one department.

“In Japan and across the world, employers are adopting KAIZEN by building a culture where all employees are actively engaged in suggesting and implementing improvements to the company. While other companies seem to appear sluggish in their operations, implementing Kaizen can somehow revitalize one’s operations because of the companywide involvement of its employees towards continuous improvement,” says Yoshiharu Kato, ambassador of Japan in Mauritius.

It is to be recalled that the first roundtable conference for the promotion of productivity in Africa was organised by the Asian Productivity Organisation (APO), under the aegis of the Pan African Productivity Association (PAPA), in South Africa in August 2006. As from the following year, the APO and the JPC have been working together with PAPA with funding from the government of Japan on a Productivity Partnership Programme and focusing on the sharing of experiences.

The JPC is running parallel Model Companies in other parts of Africa.