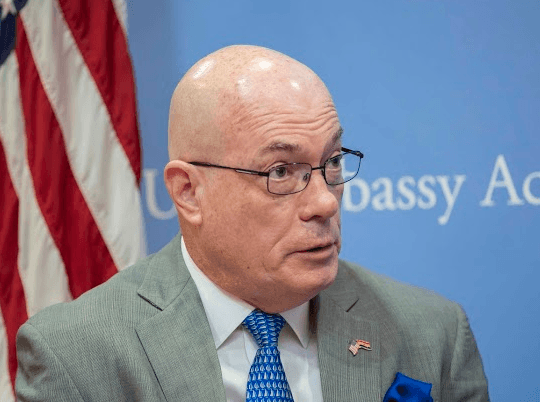 Ghana lost more than $24 billion between 2010 and 2016 as a result of insufficient power supply and outages, Mr Robert Jackson, the United States (US) Ambassador to Ghana, has said.

He said US government’s Power Africa Initiative formed part of efforts by America to help Ghana achieve its vision to develop a strong and efficient power sector.

Under the second Millennium Challenge Compact, he said, the US government was investing 498 million dollars to transform Ghana’s power sector.

“Part of that $498 million includes nearly $66 million to develop NEDCo [Northern Electricity Distribution Company] into an efficient and self-sustaining power utility – one that can spearhead economic growth in Northern Ghana,” he said.

Mr Jackson said under the African Growth and Opportunity Act (AGOA) law, many goods from selected African countries, including many made in Ghana products, could be exported to the US free.

“By the end of this year, we expect to boost Ghanaian apparel exports to nearly $30 million annually and help put Ghana on the map as an international apparel producer”, Mr Jackson said.

He said when Ghana attains reliable electricity supply, what it would need would be a healthy and educated workforce to maintain it.

He said that is why the US government supported initiatives by Ghana government to combat malaria, improve nutrition, maternal and child health as well as address HIV and AIDS.

Again, he said, it was based on this that they supported the construction of Community-based Health Planning and Services Compounds that brought health services closer to people.

Mr Sylvester Galaa, Acting Principal of Wa campus of UDS, said the Ambassador’s interaction with the students created a rare opportunity for the university to obtain first-hand information on US Diplomatic Relations with Ghana.

He urged the students to take advantage of many opportunities provided by the US government, especially in areas of education, economic empowerment and leadership training, to develop themselves and contribute to national development.

Postgraduate and undergraduate students from Faculty of Integrated Development Studies, School of Business and Law, Faculty of Planning and Land Management attended the session.