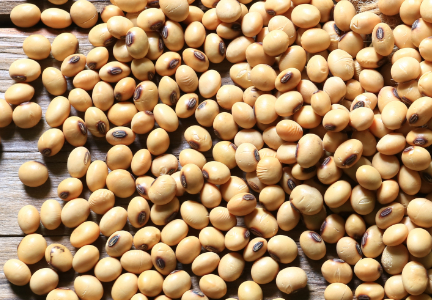 Construction of a Soybean Processing Factory has begun at Sang in the Mion District of the Northern Region to process soybean into various food products for children in the district to help boost their nutritional status.

The Factory, which would begin full operations by the beginning of the second quarter of this year, is also to help improve incomes of households that cultivate soybean in the district as they add value to the crop before selling as against the current practice of selling raw soybean.

The Factory is being constructed by the Ghana Developing Communities Association (GDCA), an NGO, and its partner, Ghana Friends as part of their implementation of Community United in Fighting Child Hunger Project in parts of the region.

Alhaji Osman Abdel-Rahman, Executive Director of GDCA, who spoke at a ground breaking ceremony at Sang to formally begin the construction of the Factory, said soybean was widely cultivated in the area but many households did not consume it despite its high nutritional value while child malnutrition was high in the area.

Statistics indicate that about 37 per cent of children in the region suffer from stunting, a situation which affects their physical and mental development making them to fall sick often and absent themselves from school.

Alhaji Abdel-Rahman said the Factory would, therefore, support households through nutrition for their children to amongst others improve education outcomes as well as create business opportunities for soybean farmers.

Mr Mohammed Hashim Abdallah, District Chief Executive for Mion lauded the project saying it was in line with the government’s One-District One-Factory programme assuring that the District Assembly would support the project to ensure success.

Madam Fuseina Abdulai, Women’s Leader at Jimle/Guma community in the district thanked the NGOs for siting the Factory in the area, saying it would help boost their incomes and nutrition for their children.