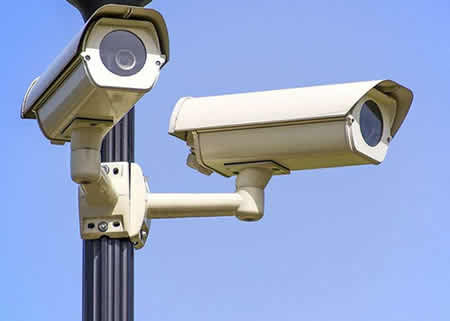 Lt. Col Gbevlo-Lartey who is also the Executive Director of Human Security Research Centre (HSRC-Ghana) told the Ghana News Agency in an interview in Accra that in view of current security threats, Ghana must quickly roll-up measures for installation of CCTV to aid in operations and fighting crime.

Lt. Col. Gbevlo-Lartey also a Special Representative in charge of Counter Terrorism Cooperation and, concurrently, as the Director of the Algiers based African Centre for the Study and Research on Terrorism (ACSRT) noted that “we need CCTVs at vulnerable locations, isolated police stations, high value installations, choke points and crime prone points.

Speaking on the invasion of the Kwabenya District Police Headquarters and freeing of seven suspects last Sunday, the HSRC-Ghana Executive Director said under normal circumstances, the Police should have records of persons they had in custody and the groups they belong to, to aid in investigations.

He said some known armed robbers in jail could also assist the Police in their fact finding while local residents should also be encouraged to give information to the Police.

The HSRC-Ghana Executive Director also urged the telecos to assist in fishing out communication transmissions among the suspects, since they were in custody for some time the Police normally should have their phones and other contact numbers to facilitate their arrest.

He commended the security operatives for swift actions taken so far and recommended for a joint Police-Military Operations and display of force to restore public confidence in State security.

Lt. Col. Gbevlo-Lartey also called for coordination of national efforts aimed at ensuring the effective prevention and combating of criminal activities and the emerging vigilantism, including mobilisation of the local community in support of State security’s efforts in this regard.

The Human Security Research Centre Ghana aims to undertake studies and analysis on various issues of concern at the national and international level with a view to formulate and present options for a vibrant and evolving national security policy from a human security perspective.

Police in Accra have begun screening an undisclosed number of suspects picked up in connection with the Sunday dawn cell break at Kwabenya in the Greater Accra Region.

Gunmen, numbering about six, shot and killed a Monitoring Inspector, Inspector Emmanuel Ashilevi, who tried to stop the cell break at the station, before freeing seven of the inmates.

The seven escapees, a Nigerian and six Ghanaians are currently on the run.

The suspects are aged between 20 and 34 years old, police officials said.