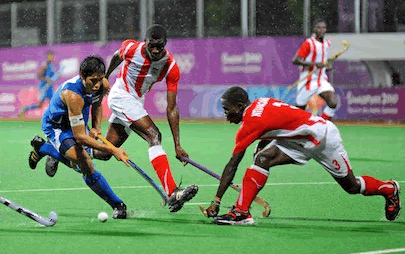 Ghana is set to host the prestigious Africa Cup for Club Champions (ACCC) tournament at the Theodosia Okoh Hockey Stadium from 20th-28th January, 2018.

The Africa Hockey Federation (AfHF) handed Ghana the right to host the rest of Africa for the competition at its last congress in November 2017, at Ismailia, Egypt.

In a release copied to GNA sports and signed by Mr. Nashiru Yakubu, Secretary General, Ghana Hockey Federation (GHF), it stated that the annual competition by AfHF, which is the fourth time Ghana is hosting, would have the men’s category clubs from Ghana, Egypt and Nigeria, with the female’s category having clubs from Ghana, Kenya and Nigeria.

The eight day tournament, which would see the Executive Board of the AfHF, led by its President Mr. Ahmed Seif in Ghana for the tournament has appointed Mr. Mark Taljard from South Africa and Ms. Hulda Ambe from Nigeria as Tournament Directors, with Professor Ediga Agbo of Nigeria being appointed as the Umpires Manager, whilst Ghanaians Mr. Richard Bayitse and Ms. Joyce Datsa would be the Technical Officials.

According to the release, the Local Organizing Committee (LOC) chaired by Mr. Kwame B. D. Essah has been put in place to organize a successful tournament, would offer the Ghanaian clubs an opportunity to win the tournament for the first time as no Ghanaian Club has ever won this tournament.

Meanwhile the LOC has urged all media partners to be part of this tournament as more details of the competition including match schedules would be released soon.

The teams to battle it out in the men’s category are GRA Hockey Team of Ghana Revenue Authority, Trustees Hockey Team of SSNIT both from Ghana, with Eastern Company Club, who are the defending champions and ElSharkia Club both from Egypt, with Nigerian clubs Niger Flickers Hockey Club and Police Machine Hockey Club.