Some Christians appeal to Ghana government to reconsider stance on Jerusalem

January 2, 2018 General News Comments Off on Some Christians appeal to Ghana government to reconsider stance on Jerusalem 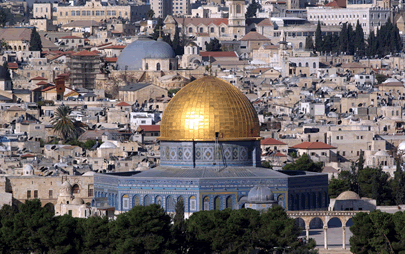 Concerned Ghanaian Christians have appealed to government to reconsider its stance on the proposal that Jerusalem should be the political capital of Israel.

They have however agreed with government’s stance on the need for “Palestinians” to have their own state but not to take a stand that rejects Jerusalem as the undivided, eternal capital of Israel.

“It was a gross error of judgement, a blatant refusal to learn from history, a gravely and costly mistake.” Dr Samuel Ofori, the spokesperson for the group stated at a news conference in Accra.

He said, a Saudi academician, Abdul Hameed Hakeem, the Director of Middle East Centre for Strategic and Legal Studies in Jedda, recently on Saudi Television mentioned that “Arabs should accept Israel’s historic right to Jerusalem.

“We have to adjust and realise that Jerusalem is a religious symbol, which is just as holy to Israel as Mecca and Medina are for us Muslims.”

According to Dr Ofori, the Holy Scriptures explained that even the New Jerusalem, the capital of the new heaven and earth which is yet to come would maintain its Jewish flavour, with twelve gates named after the twelve tribes of Israel.

He said the divine position of Jerusalem as an indivisible city chosen by God for the Jewish people is incontrovertibly made clear in Psalm 122:3-4 which reads; “Jerusalem is built as a city that is compact together; where the tribe go up, the tribes of the Lord, to the testimony of Israel, to give thanks to the name of the Lord.

“We will like to state unequivocally, that government’s vote is totally unacceptable to the Ghanaian Christian community who believe in the prophecies concerning Jerusalem in Zechariah 12:1-9.” He added.

He said President Donald Trump is the fourth who had boldly taken the decision beyond political rhetoric to move the American Embassy to Jerusalem where it belonged.

“We will like to point out that every sovereign nation has the right to decide where it places its capital and Israel chose Jerusalem three millennia before the UN was born.”

He gave examples of Nigeria that moved her capital from Lagos to Abuja; Cote d’Ivoire from Abidjan to Yamassoukro; Ghana from Cape Coast to Accra; Tanzania from the Dar Es Salam to Dudoma and after the reunification of Germany, Berlin was retained as her capital.

Mr John Gordon Egyir, Pastor of Anton World Harvest said majority of Christians had distanced themselves from government’s position on Jerusalem and urged Christians to educate fellow Christians to establish the divine fact associated with Jerusalem.